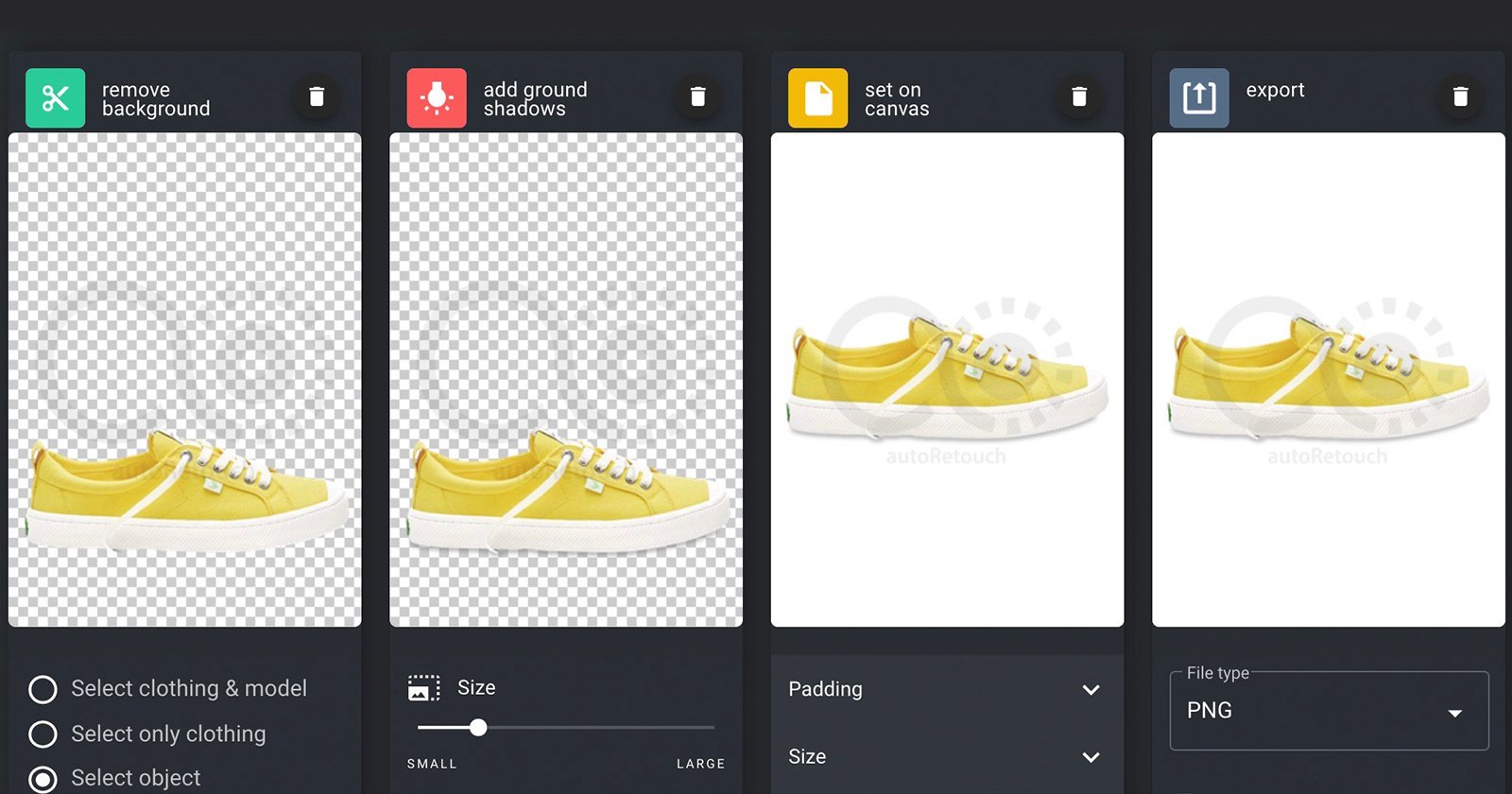 AI-editing software autoRetouch has announced the expansion of its services to now include all retail products, not just clothing, and is also now available as a plugin via the Shopify App Store.

In late 2020 PetaPixel reported on the software company autoRetouch that made its debut as an AI-powered service that allows e-commerce sellers to easily create “ghost mannequin” composite photos of their clothing products by removing the model’s body from them. This process resulted in a “floating” product photograph with a neutral background — a type of shot that is fairly common in fashion retail — but produced faster and could be done in bulk.

autoRetouch has announced it has expanded beyond fashion and can now accommodate AI-powered image editing for all other retail products, like consumer electronics, furniture, shoes, cars, and other consumer goods. 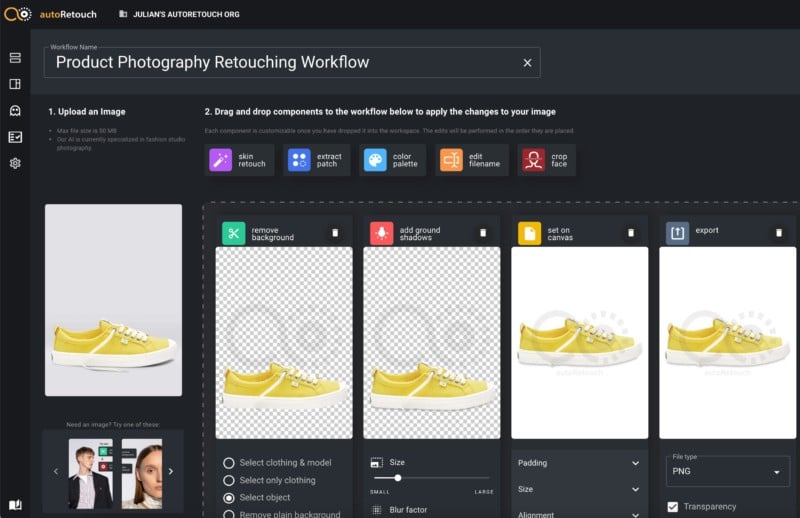 The company explains that modern e-commerce businesses have begun to turn to digital solutions that can speed up the workflow for photographers and editors, which currently can take anywhere between 5 to 15 minutes per image. autoRetouch noticed a gap in the market because most commercial image editing services are still built around “individualized image-by-image workflows and cannot process multiple images at once.” Co-founder and CEO Alex Ciorapciu explain that the overall workflow, from the photoshoot to the final image on the store’s website, can be lengthy and costly for brands, which is where his new service comes into play.

“AutoRetouch’s intelligence is nuanced enough to edit bulk images from different categories with the same workflow, speeding it up considerably,” he says.

The editing platform is now also available as a plugin via Shopify’s App Store, which enables sellers on the platform to speed up image editing and helps deliver a more unified brand look and feel without having to switch to a different platform to perform these tasks.

The company claims that its customers have seen up to 90-percent cost savings due to the efficient work performed by the AI, and it has increased access to affordable and professional product image editing, which also makes online selling easier for brands with smaller budgets.

There is no monthly subscription to pay and instead users pay per image, starting at €0.10 ($0.12) for standard editing. Users can also create a free account on autoRetouch website to try this service with up to 10 free images.