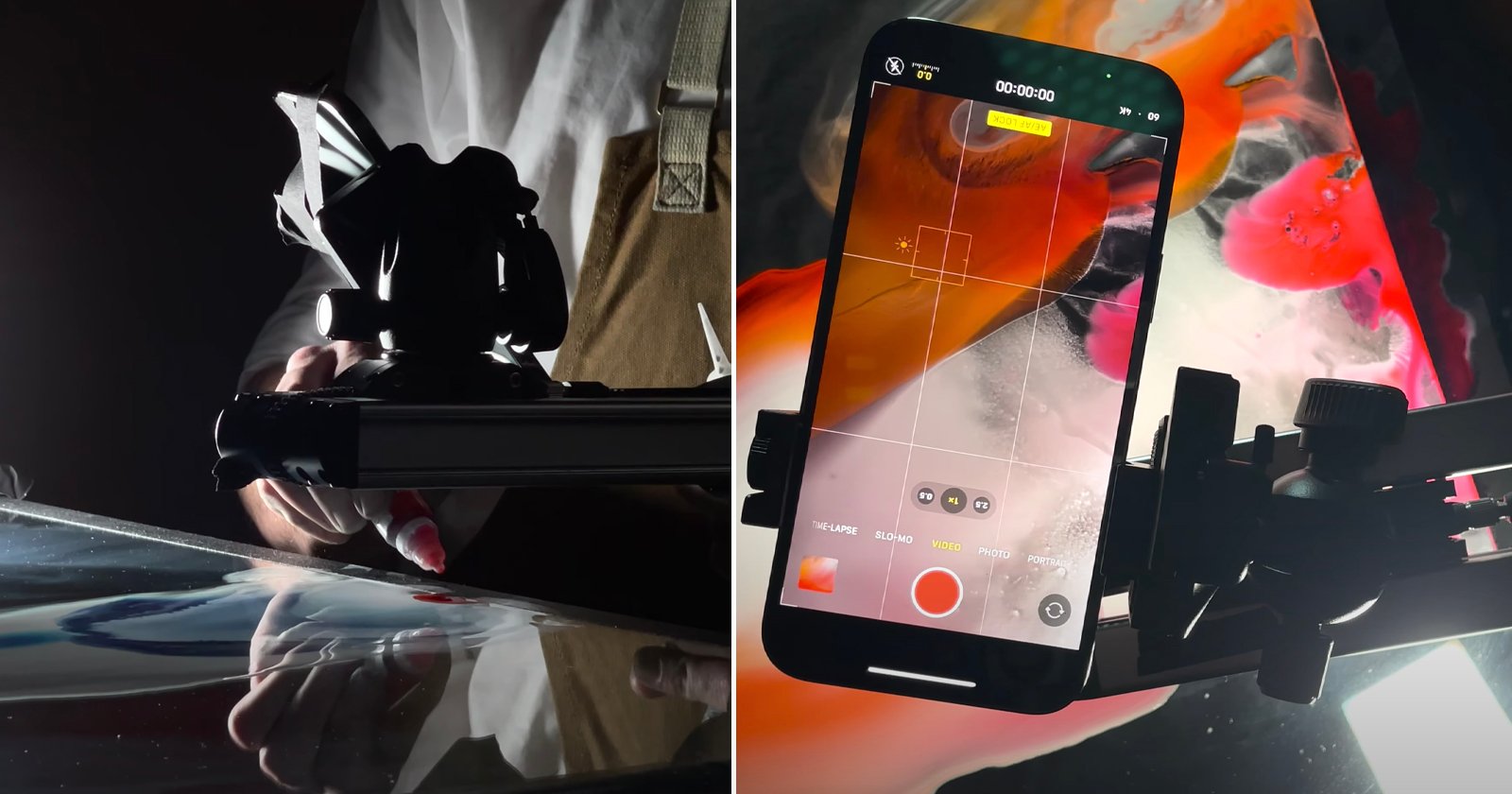 In a video commissioned by Apple, Donghoon and James of Incite Design show off some incredible visuals captured by the company’s latest smartphone, the iPhone 12 Pro. The two show how they did it in this 5-minute behind-the-scenes explanation.

“We were enamored with the idea of trying to create a fictional universe,” Donghoon said. “In the past, we weren’t able to get the look that we wanted. I really had to fight the darkness.”

Donhoon continued, “We had to contend with, ‘How do you film darkness?’ What are the parts that build up this fictional universe?”

“With the iPhone 12 Pro, we were able to shoot so much better in low light,” James said.

The duo used a combination of plasma, different colored lasers, as well as different materials to produce a mix of visual effects. The behind-the-scenes video also shows how the two used different liquids to produce a flowing “clouds” effect.

The number of different ideas, machines, and techniques that Donhoon and James talk about in this video come in at a rapid-fire pace, and perhaps more impressive than the final visuals are the interesting ways that the two created desired looks. In one clip they show how they dropped the phone directly into rocks that they had fired upwards using a piston, and in another, they use magnets and iron filings with the camera very close to the surface. One step further, they use ferrofluid to create rapidly flowing ripples that flow wildly on camera.

The final video is definitely worth your time to watch after seeing the methods the two used to create it:

If you have ever been curious about how creators make some of the most interesting practical effects, even this short video will hit you with a large number of outstanding ideas that are worth considering. Though Apple warns “do not attempt” in the behind-the-scenes look, it’s likely more to prevent someone from damaging their phone than it is a warning about experimenting with different materials and lighting.