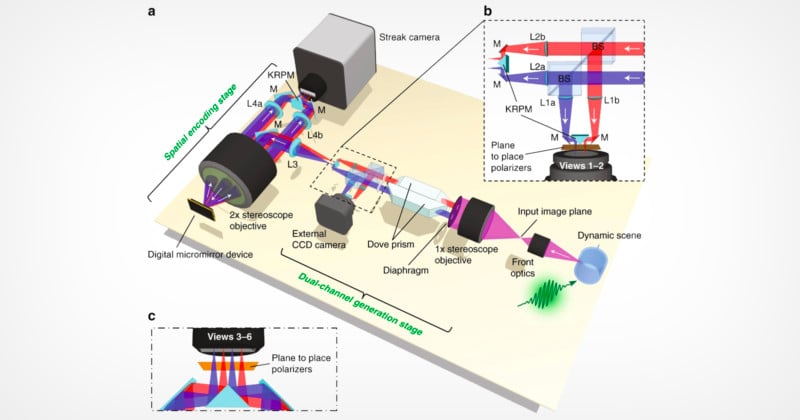 The technology in it is similar to that 70 trillion frames per second camera, but it sacrifices speed for the ability to shoot in three dimensions. Even though the camera is significantly slower than Wang’s previous camera, it’s still fast enough to take 10 billion photos in the time it takes a person to blink.

In a new paper, titled Single-shot stereo-polarimetric compressed ultrafast photography for light-speed observation of high-dimensional optical transients with picosecond resolution, Wang condenses the technology down to a much more succinct SP-CUP. In this particular SP-CUP design, Wang based the idea off how humans perceive depth. We can see distances and measure differences because we have two eyes, which make it much easier to determine if an object is close or far away. 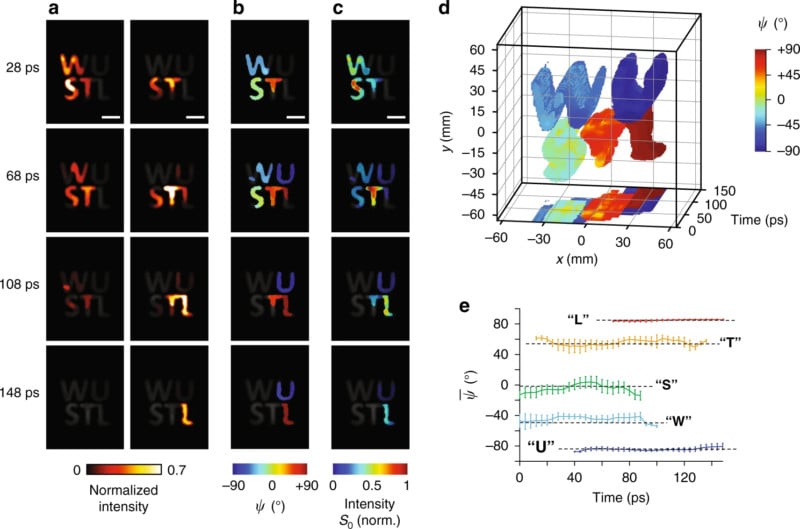 According to Science Mint, Wang described the method akin to putting the camera in stereo.“We have one lens, but it functions as two halves that provide two views with an offset. Two channels mimic our eyes.”

Wang believes the technology can best be put to use helping researchers better understand the physics of what is called sonoluminescence, which is a phenomenon where sound waves create small bubbles in water or other liquids. As those bubbles collapse rapidly after formation, they emit a burst of light.

“When a bubble collapses, its interior reaches such a high temperature that it generates light. The process that makes this happen is very mysterious because it all happens so fast, and we’re wondering if our camera can help us figure it out.” Wang says that some people consider that to be one of the great mysteries of physics.

The whole journal posted here is pretty high level, but if you’ve got the smarts to keep up with what Wang describes, the technology is sure to impress.