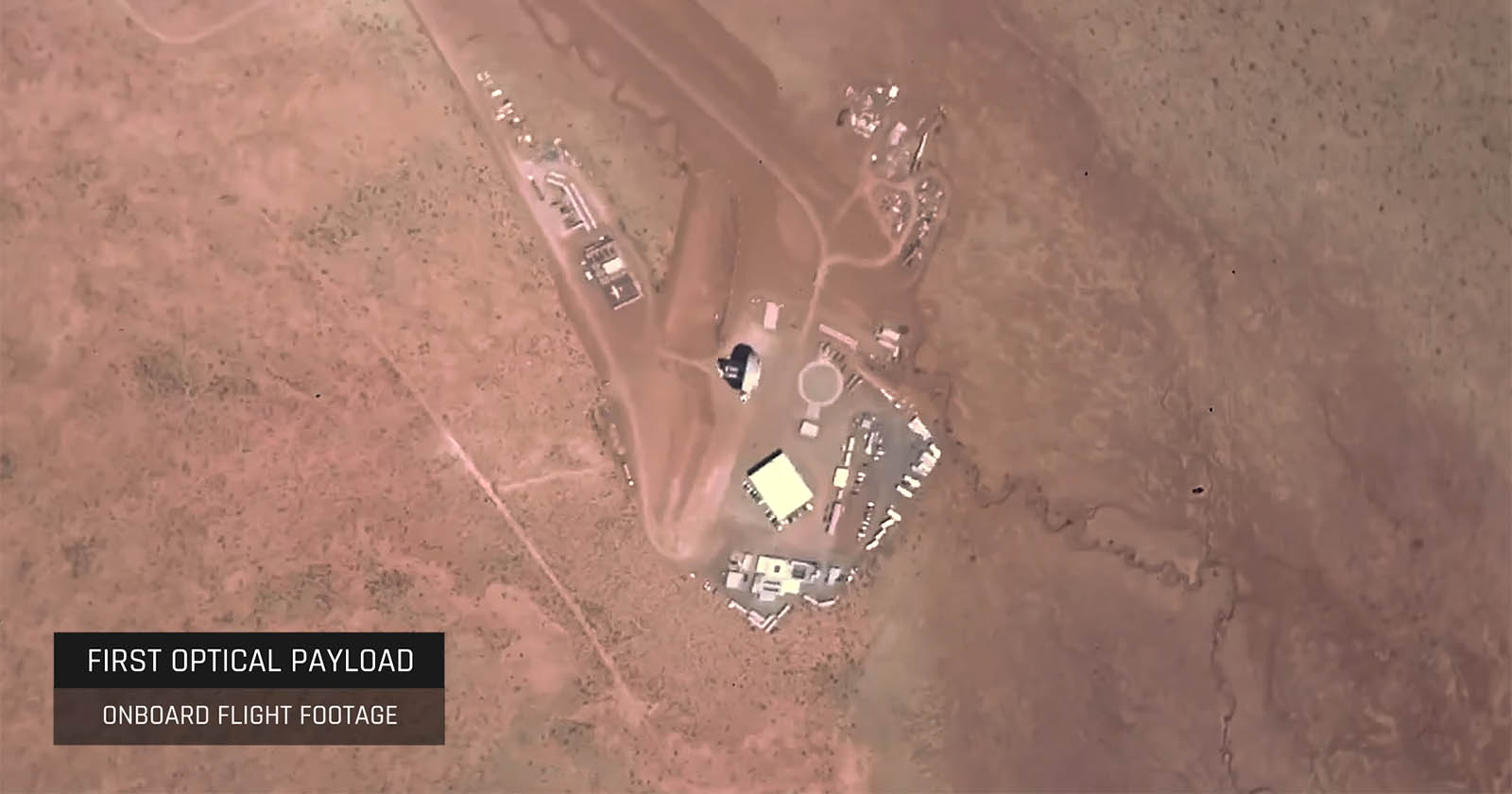 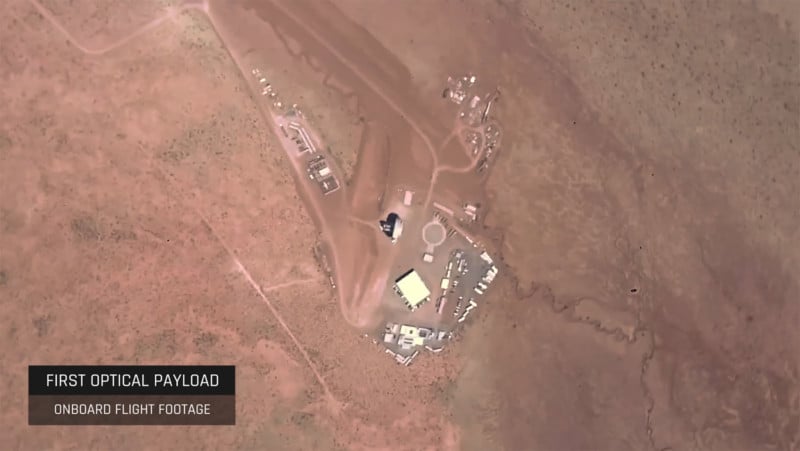 It’s called SpinLaunch, and it’s a novel approach to launching small payloads into orbit. The idea of a kinetic launch system translates to spinning a payload in a centrifuge to over 1,000 miles an hour and then releasing it for its journey to the stars.

The concept requires no onboard fuel, so there’s no danger of explosions, and since it’s completely electrical, it offers a sustainable solution that doesn’t pollute the environment.

“The SpinLaunch Orbital Launch System is a fundamentally new way to reach space,” states the company website. “The velocity boost provided by the accelerator’s electric drive results in a 4x reduction in the fuel required to reach orbit, a 10x reduction in cost, and the ability to launch multiple times per day.”

The test was the eighth major test of the centrifuge, which is officially called the “suborbital mass accelerator,” and the ten-foot-long projectile which this time had an “optical payload” (camera) on board to capture the launch from the projectile’s point of view.

The video shows the projectile spinning violently as it erupts from the mass accelerator to a maximum test altitude of 25,000 feet (7,620 meters). Consequently, the video image induces a bit of queasiness on the part of the audience, but it turns out that’s by design.

Angled fins on the projectile induce the rapid rate of spin in order to stabilize the projectile during launch, in order to prevent it from tumbling during its 82-second ascent. The result is “like a bullet firing out of a gun,” says David Wrenn, vice president of technology at SpinLaunch.

What’s even more interesting is that the SpinLaunch suborbital mass accelerator is a one-third scaled-down model for testing, and so far has only fired projectiles at a fraction of the speed it is capable of achieving. The company plans on building a larger version of the accelerator, which is capable of launching a payload in excess of 440 pounds (200 kg) and at speeds of over 5,000 miles an hour, plenty of speed to reach low earth orbit.

And while the test was deemed a huge success, the real important milestone was for the camera itself to survive the intense G forces that build up in bringing the mass accelerator up to its 1,000-mile speed. To do so means that SpinLaunch will continue to be able to document launches onboard the payloads, as they become larger and heavier, and do it without destroying the cameras themselves.

The survivability of the cameras, which will soon become more advanced and heavier, also indicates that delicate scientific instruments meant for low earth orbit will also be able to withstand the stress of launch without breaking.

Back in April, NASA and SpinLaunch signed an agreement for NASA to fly a payload with the company’s mass accelerator to test its launch characteristics, with the goal being to assess the system for potential future commercial launch opportunities.

SpinLaunch plans to continue pushing the envelope for a centrifuge launch system, adopting a stepped approach of larger payloads and higher speeds, with two launches per month. And the cameras will be on board to document every second.

First customer launches are planned for 2025.