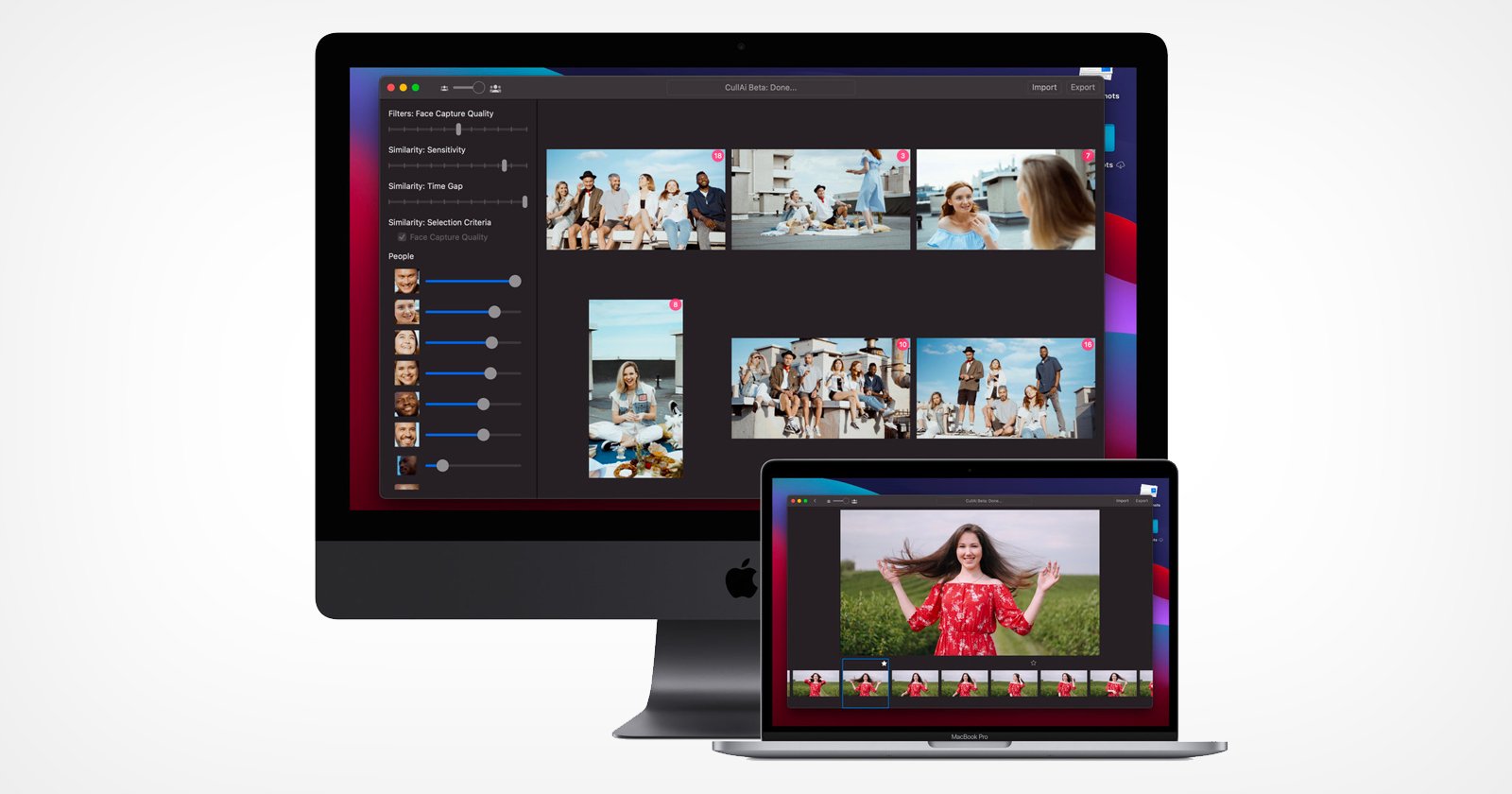 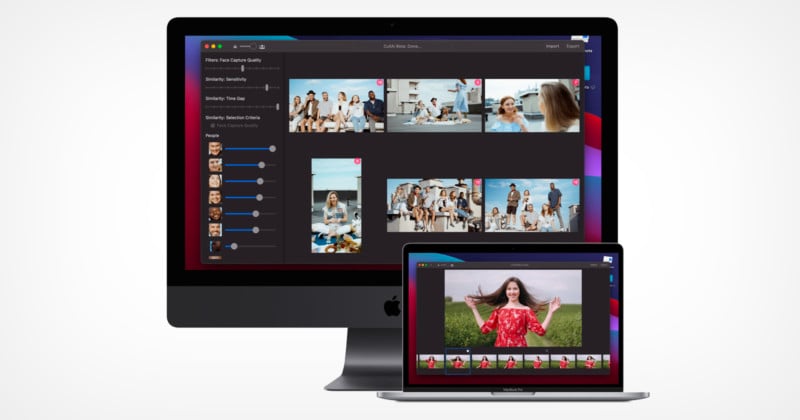 Tedious as it is, multiple companies have created tools to make culling through hundreds of photos from weddings or events easier. The latest is CullAi, a Mac App that claims to filter out “objectively bad” images quickly to save you time and effort.

CullAi says that while the final selection of the best images from a shoot will very likely always require a human touch, its simple app assists in the process by filtering out what it determines to be “objectively bad quality photos” and is able to select “relatively better” quality ones from groups of similar images.

Shailesh Pandit, the app’s developer, has confirmed that the app supports any file format that Apple Thumbnails support which includes many RAW formats.

“For Ai processing and previews, it relies on inbuilt thumbnails with minimum 1024px which are far less in size, so takes less time to process, less memory to store in transit and less disk read per image,” Pandit writes. “It uses CoreMl, so it is optimized for local machine config, as in it will use most efficient cpu/gpu/ml cores when available. Once you import a photo set it analyses images only once and caches their features/face embeddings with a small memory footprint so when you adjust knobs, it doesn’t have to analyze those again, which is why adjustments are instantaneous. Demo ran on Late 2013 MacBook Pro, And it was quick even for another 200+ RAW set, so newer machines will be even faster.” 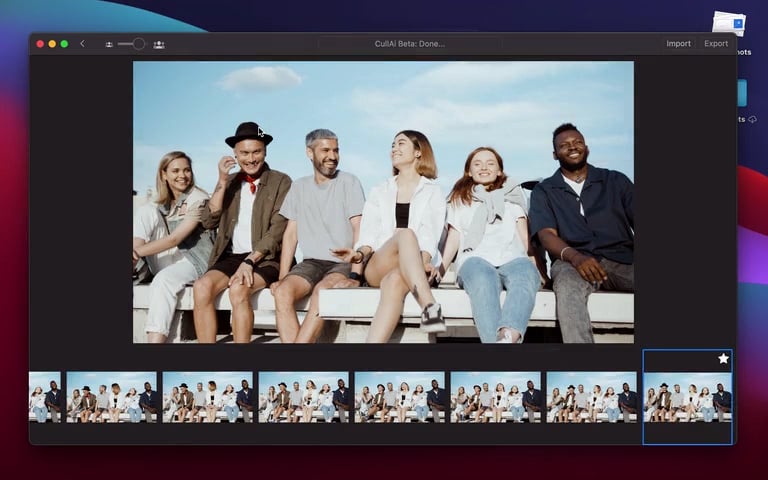 The current version of the app focuses on assisting professional photographers who shoot predominantly people as subjects as the system uses what it coins as “Face Capture Quality” to isolate better lit, sharper quality photos of people whose eyes are open.

CullAi by default selects photos with what it determines to be the best overall face capture quality of people in that group of photos, but can also be manually overridden.

The app filters out photos with bad lighting conditions, out of focus primary subjects, camera shake, and closed eyes. Photographers can adjust the threshold for the Face Capture Quality to particular preferences.

In addition to culling out bad images, the app also promises to group together photos that it recognizes as having a similar location, background or the same groups of subjects. This feature is billed as letting the photographer be responsible for determining which images to dump or keep as it quickly shows you all the images from a particular set to select from. In short, it reduces the manual effort of isolating these images.

The app allows for the adjustments of what are called Similarity Sensitivity and Similarity Time Gap to fine-tune this feature. The higher the sensitivity is set, the wider the algorithm will reach to group more photos together which might be less similar.

“Many times in events like weddings, photos will have many people besides primary subjects of the shoot,” the app description reads. “CullAi automatically treats people who are part of more photos as more important but user can change this using thresholds given for each detected person. This is required so that one out of focus person in background shouldn’t influence a better photo in a group.”

The app is free to download and can be used in that state for batches of up to 50 images. The full version of the app can be upgraded for $10 which does not impose any restrictions on the number of photos that can be imported and processed at a time. You can download the app from the Mac App Store here.