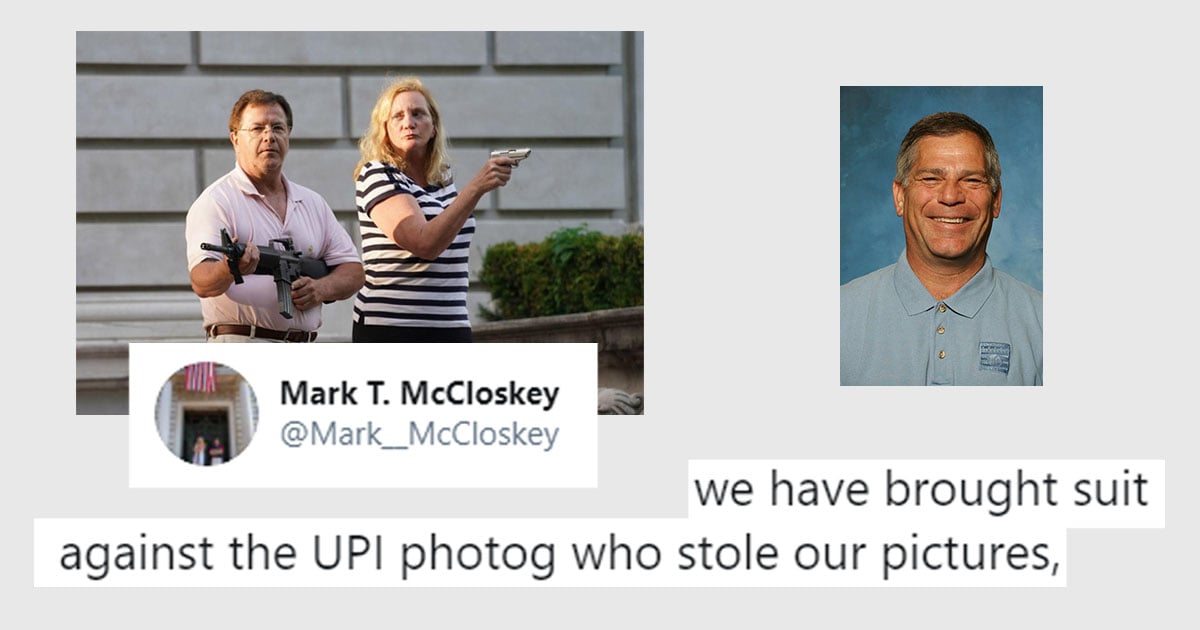 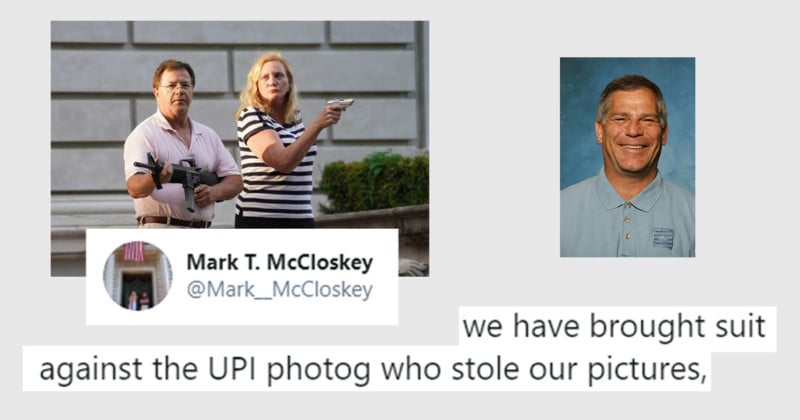 The gun-toting couple made who made headlines for waving guns at protesters marching near their home has sued the photojournalist who captured one of the famous photos of them.

St. Louis lawyers Mark and Patricia McCloskey gained notoriety back in June after United Press International (UPI) photographer Bill Greenblatt and a group of other photojournalists captured them pointing guns at racial injustice protesters marching through their private street.

300 protesters were outside @LydaKrewson home demanding her to reign after she read the names & addresses of demonstrators calling for police reform. @KMOV

A couple at a nearby home stepped outside with guns! Whoa!!

After learning that the McCloskeys had turned one of his famous photos into personal greeting cards, Greenblatt recently sent the couple a bill demanding $1,500 for the usage.

Instead of paying Greenblatt for the apparent copyright infringement, the McCloskeys are now striking back by filing a lawsuit against the photographer.

Our little problem is insignificant in light of the attempted election theft, but we have brought suit against the UPI photog who stole our pictures, and Redbubble which is raking in the bucks selling our pictures on T shirts, etc., without permission!

The St. Louis Post-Dispatch reports that in a lawsuit filed Friday in St. Louis Circuit Court, the McCloskeys claim that Greenblatt was trespassing on their property when he captured his photos of them.

The couple says Greenblatt’s photo contributed to their “significant national recognition and infamy.”

UPI and the print-on-demand marketplace Redbubble are also named in the suit and accused of profiting (alongside Greenblatt) from “t-shirts, masks, and other items, and licensing use of photographs bearing Plaintiffs’ likenesses, without obtaining Plaintiffs’ consent.”

Greenblatt’s photo has been sold on Redbubble products with “mocking and pejorative taglines or captions” that have led to “humiliation, mental anguish, and severe emotional distress” as well as death threats, the couple’s lawsuit states.

It goes on to say that “Defendants acted outrageously and beyond all reasonable bounds of decency, with their conduct regarded as atrocious and intolerable by any member of a civilized society.”

In addition to seeking damages, the McCloskeys are even going a step further by asking the court to transfer ownership of all the photos Greenblatt shot while on their property.