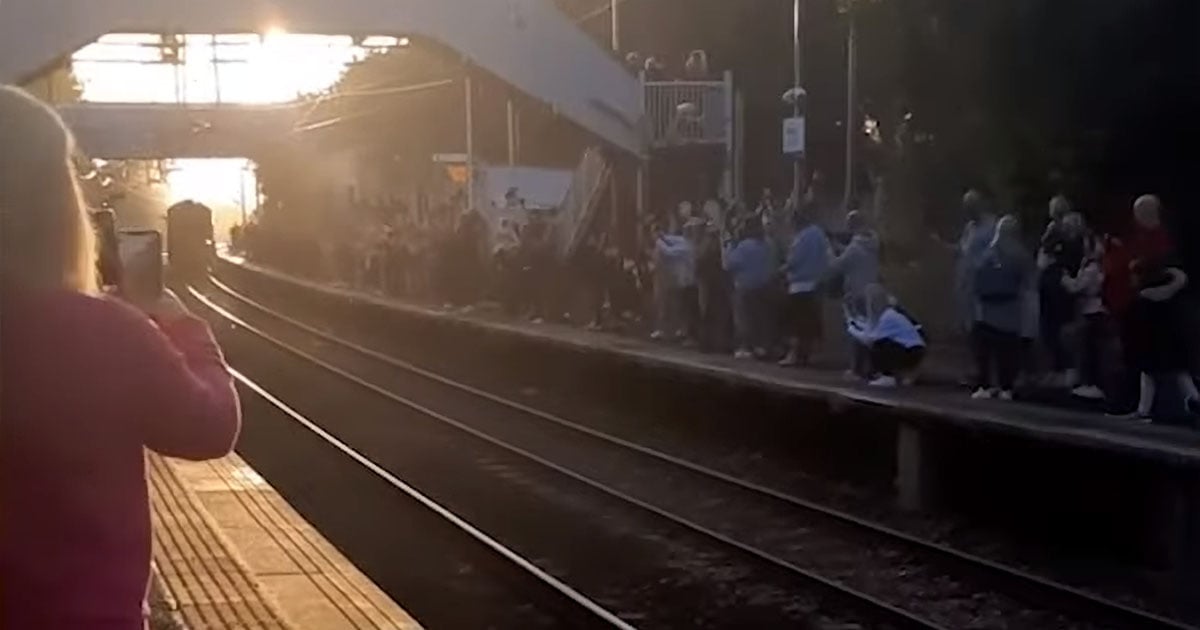 Harry Potter fans waited for hours on Monday at a train station in Scotland to see and photograph the iconic Hogwarts Express steam train as it passed through. Just as it was rumbling by, however, a commuter train decided to block the view. The “devastating” (yet hilarious) photobomb was captured in this 1-minute video.

Caters reports that this video was shot by 32-year-old Ross Gilmour, who took his family to Drumry Train station in Clydebank on September 28th for the rare chance to see the Hogwarts Express steam engine on its journey from the Highlands.

As you can see in the video, the station’s platforms were crowded with likeminded people holding up cameras and phones in anticipation of the brief passing. Some of the trainspotters had arrived hours beforehand to stake out a good spot.

Unfortunately, only one of the two platforms ended up getting a view of the train — a ScotRail train (the 18.26 to Edinburgh) passed through at exactly the same time from the opposite direction, completely ruining the view for half the attendees. By the time the ScotRail was gone, so too was the Hogwarts Express.

If this type of schadenfreude is your cup of tea, be sure to check out this bus ruining a cameraman’s view of the Georgia Dome implosion in 2017.