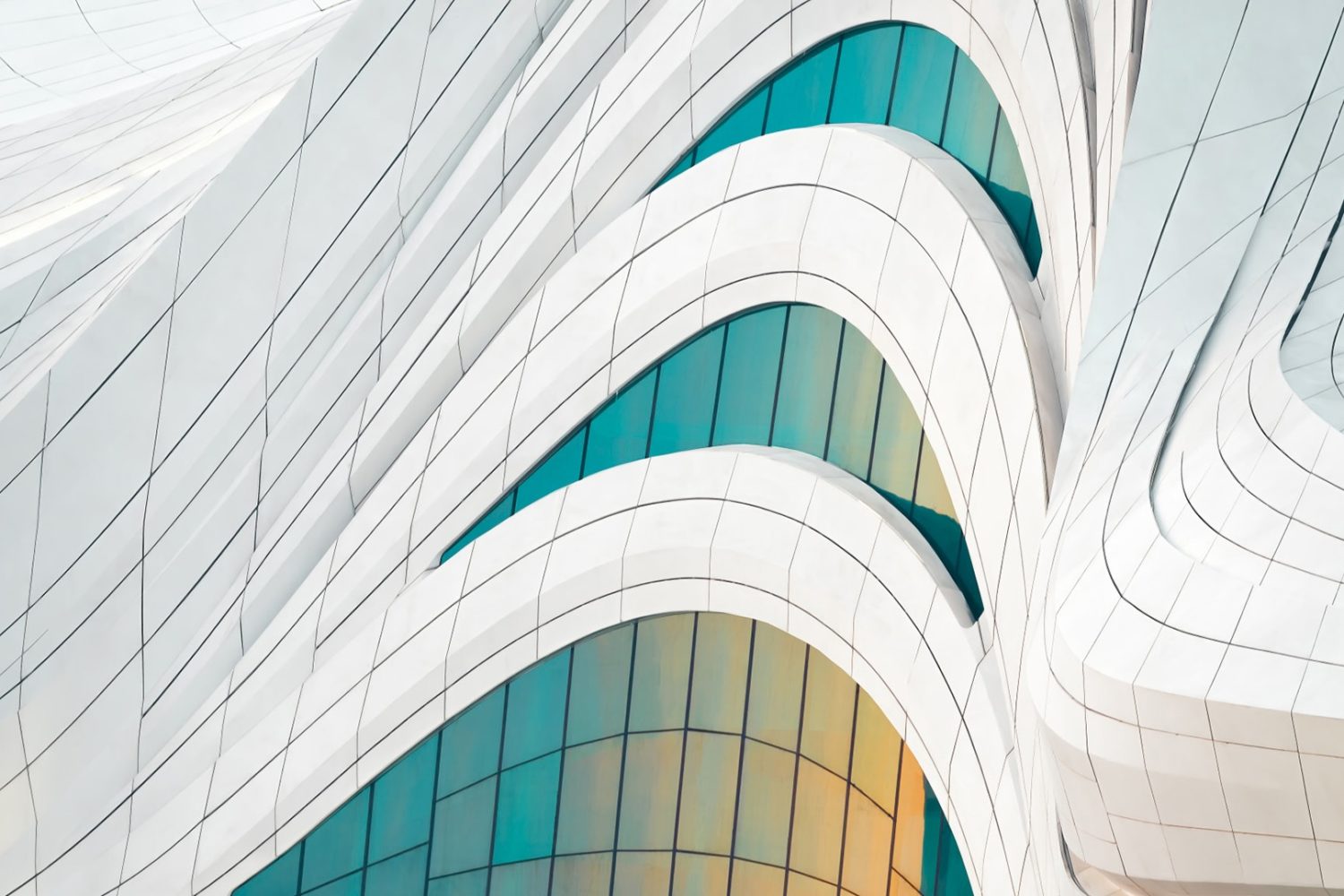 In 2005, Dave Roth, an amateur photographer, snapped a picture of Zoë Roth, his four-year-old daughter, during a controlled fire in their neighborhood. In the background, a house was in flames; in the foreground was Zoë, a mischievous smile on her face. Dave entered the photo in a competition, and it won, but it would later go on to viral stardom as part of the now-famous “Disaster Girl” meme.

In the years since, the photo has been used in countless memes, with the fire replaced by disasters of all kinds. The image has been widely shared and appropriated, often without credit to the Roths. But in April of 2021, Zoë Roth made headlines when she sold an NFT for the original copy for more than $495,000. The Roths will split the profit, and they’ll also receive 10% of sales in the future.

While Disaster Girl might be an extreme example, it does offer insight into how NFTs could benefit photographers, whether they’re amateur shutterbugs capturing meme-able moments or established professionals looking to diversify their incomes while entering a new phase of their practice. For years, the question around monetizing digital artworks, from memes to fine art photographs, has loomed large. But this year, NFTs offered a potential solution. In the process, they set forth fresh ideas about who profits from art sales and how. 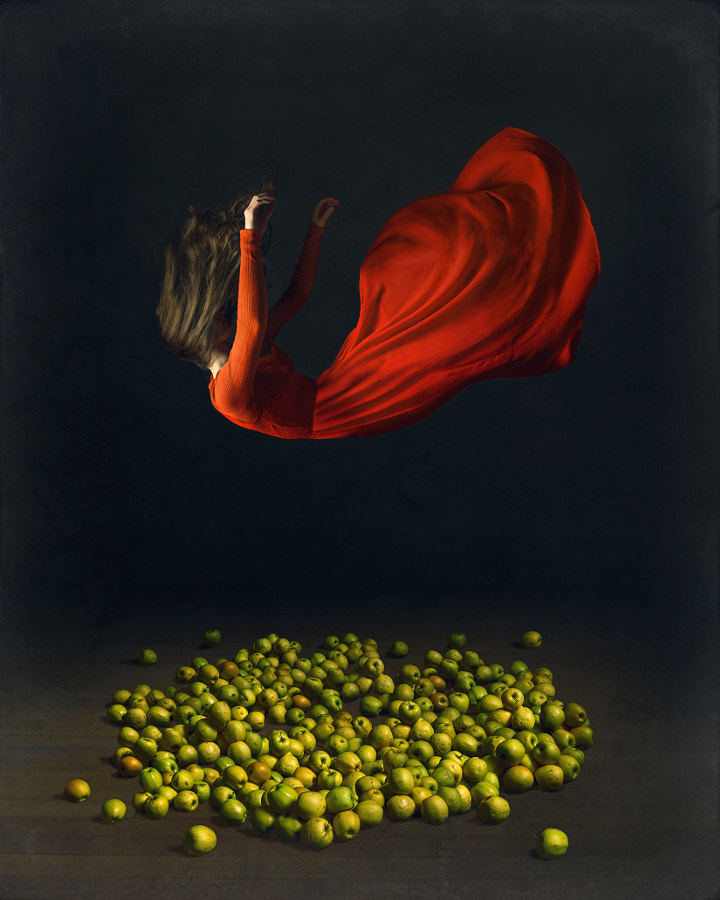 In case you need a refresher: NFTs, which stand for “non-fungible tokens,” are unique digital assets stored on a blockchain, a decentralized public ledger. In art, they operate like a certificate of authenticity or deed of ownership, allowing artists and collectors to create scarcity and value for digital works that might not exist in the physical world. Let’s take a look at how NFTs could protect artists in 2022.

Photographers have struggled for years with people stealing their pictures or using them indiscriminately (on social media, for example), but the blockchain and its ability to provide proof of provenance addresses this issue. While the images can certainly be copied, the unique digital token cannot, and because it’s part of this decentralized public ledger—the blockchain—it’s easy to validate who owns the verified, authentic artwork. 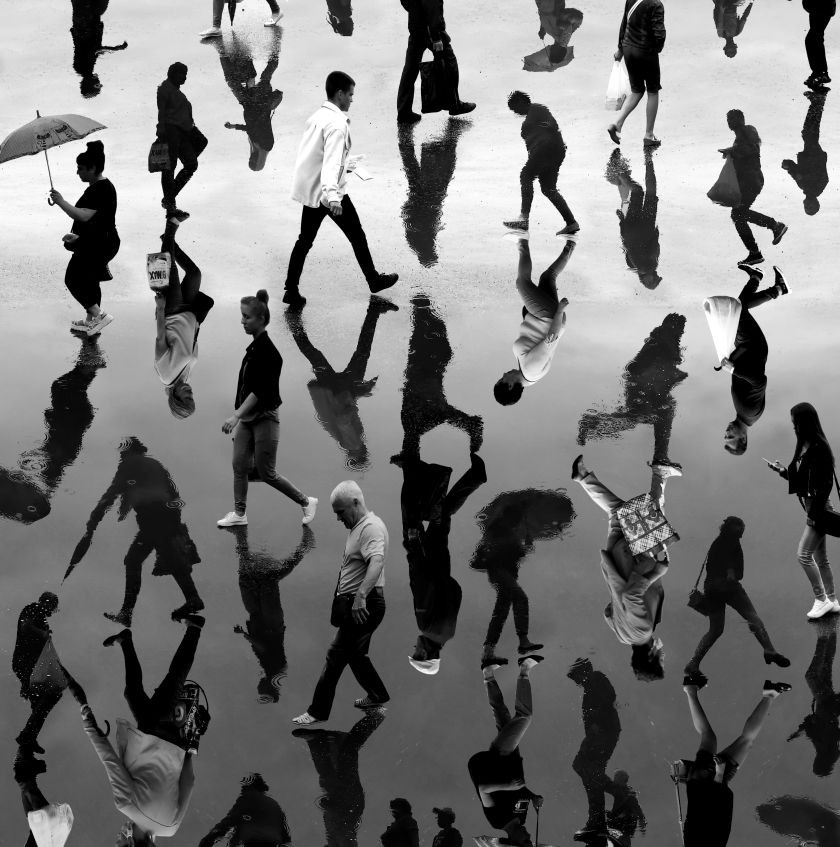 A famous example of this theory at work can be found in the #FreeHawaiiPhoto project. In 2017, the photographer Cath Simard shared a picture she’d taken in Hawaii on Instagram. It went viral and was stolen many times over, often without credit. She was never compensated for her work, but in 2021, she sold an NFT for the iconic picture for $300,000.

Then Simard released the rights to the image, allowing it to circulate widely. The idea behind the project was that as the photo circulated, the value of the single, authenticated version would rise. Anyone can use the image, but only one person owns the original.

Minting NFTs usually costs money, with creators paying “gas fees” to cover the energy needed to process transactions on the blockchain. With that being said, NFT marketplaces generally take a smaller percentage of art sales than traditional galleries—usually 10% as opposed to 50%. Plus, many artists are drawn to NFTs because of the opportunity to cut out the middleman and connect directly with collectors online. Other major draws for NFT enthusiasts are smart contracts and resale royalties, which we’ll explore below. 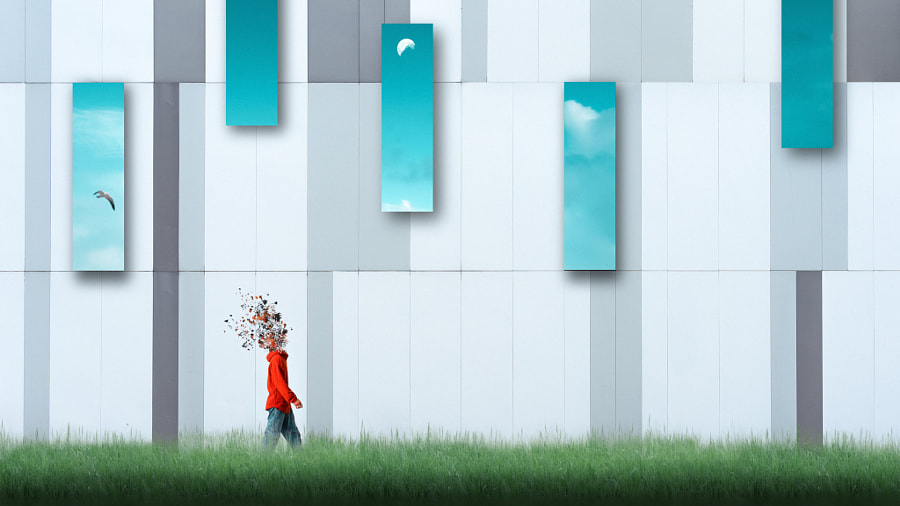 Artist resale royalties, first used in France in the 1920s, allow artists to earn a percentage every time their work is sold. It’s a powerful idea because it gives artists the potential to earn more if their work appreciates in value, and it’s been in the news in recent years. In 2018, for example, a California law that entitled artists to 5% royalty payments upon resale, was limited only to artworks created within a brief window of time (1977-78).

In the United States, resale royalties are not part of current copyright law. In the traditional art world, for example, auction houses can resell artworks for high prices, and in many cases, the original artist will not be entitled to any of the profit.

But the blockchain changes the game through the implementation of smart contracts. The terms laid out by the artist, as allowed by the marketplace they choose, can include automatic and enforceable resale royalties. These amount to percentages rather than dollar values, so if the work is resold for more than it was sold, their profits will be proportional to that sale. Thanks to the blockchain, artists always know who owns their work and how much it sold for. 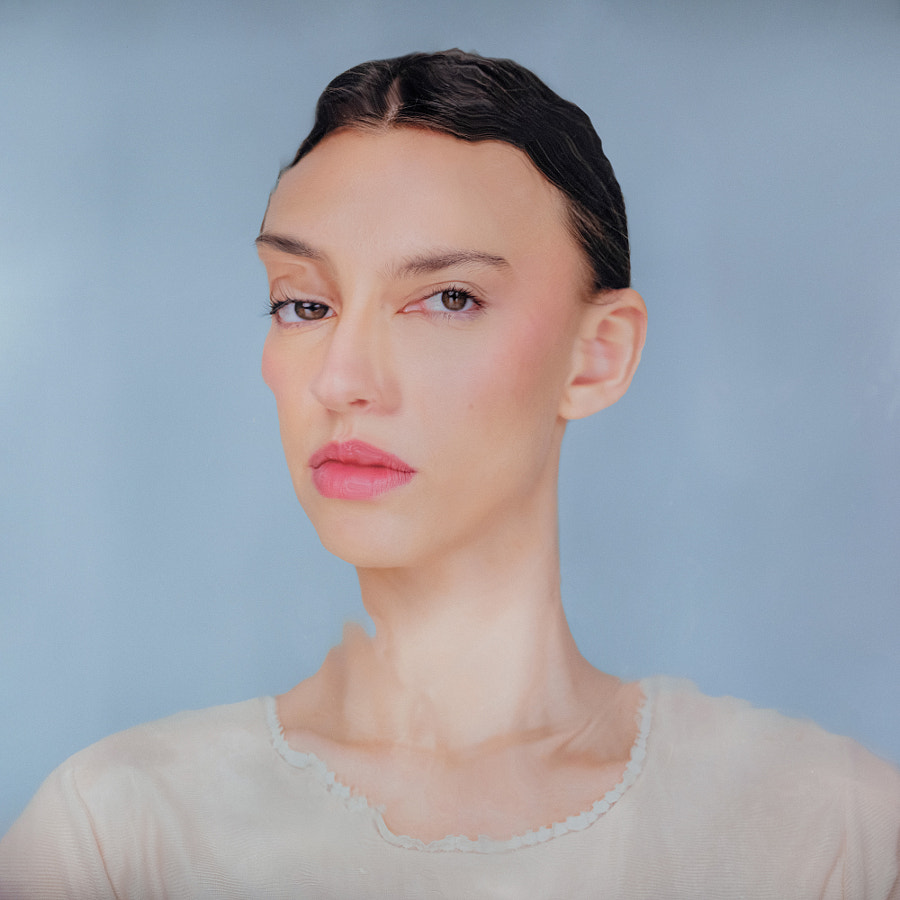 Resales shouldn’t be underestimated, either. An analysis conducted by Albert-Laszlo Barabasi, a professor of network science at Northeastern University and Central European University, and the data scientist Milan Janosov, recently published in The New York Times, found that resales represented 36% of art sold on the influential platform SuperRare.

One inspiring aspect of the NFT community right now is that artists will often become collectors; that is, as they sell their work, many will reinvest it into other artists. We’ve also seen artists incorporate non-profits into their smart contracts. Marketplaces like DoinGud, for instance, take this idea to another level by allowing artists to decide what charity their work will benefit and what percentage they’ll donate. On DoinGud, which runs on the Polygon blockchain, the minimum donation for sales on the primary market is 5%, and the default for the secondary market is 2.5%. 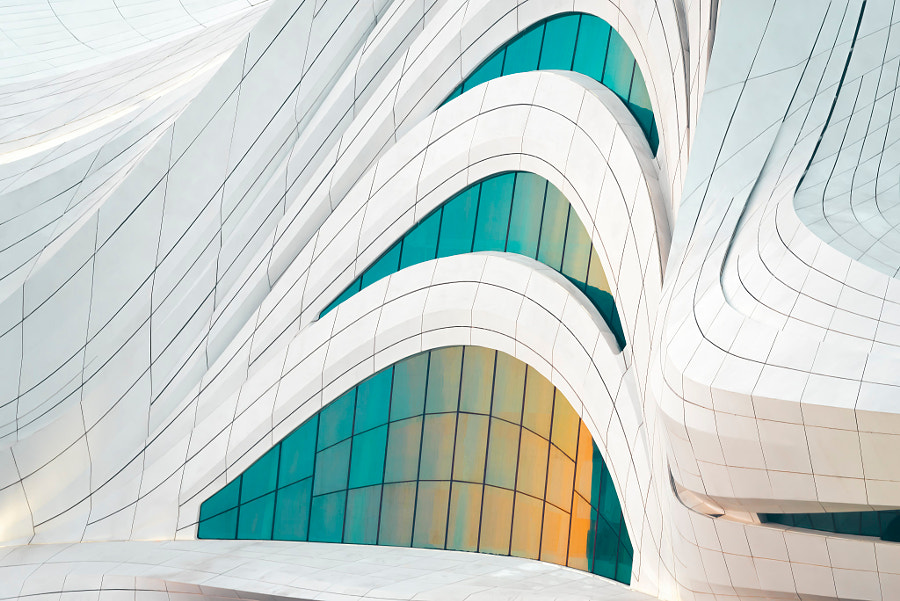 The world of NFTs might be new and exciting, but copyright laws still apply. For photographers, that means you own the copyright to your work unless you explicitly sign it away. In that sense, it’s similar to selling a physical work of art like a print; the collector owns the token, but that doesn’t necessarily mean that they own the copyright. The artist sets the rules, and it’s up to them to decide what rights they keep and what rights they give away.

No matter how or where you sell your NFTs, remember to read your smart contract carefully, so you know exactly what rights you’re granting the buyer. In almost all cases, we recommend maintaining the copyright to your work; that way, you can use your images as you like and potentially license them down the road to other buyers, such as commercial clients. 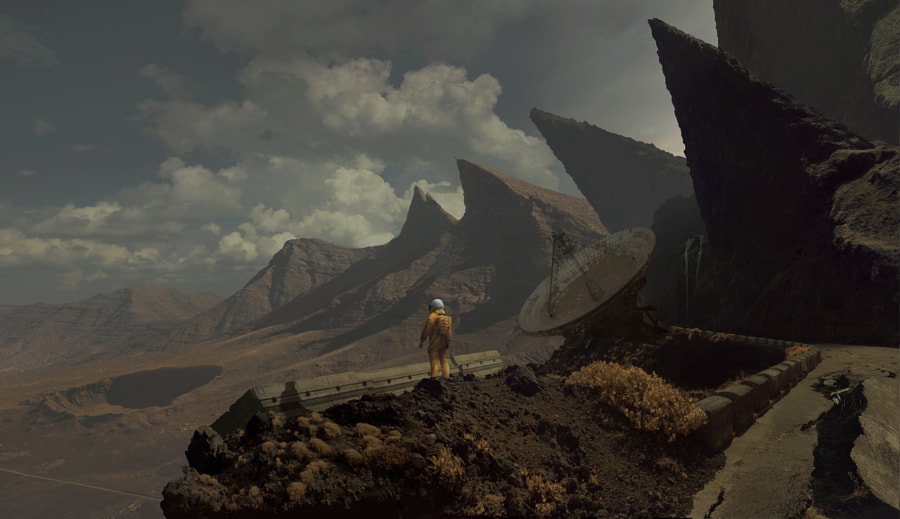 Beyond the current NFT craze, the hope is that blockchain technology will empower artists to have more control over how their work is bought, sold, and used. Another possibility is that artists, including those traditionally left out by the art establishment (digital artists, for example), could use it to monetize their personal work, allowing them to diversify their incomes and earn money from labor that has historically gone unrecognized beyond “Likes” and comments.

Join the Vault waitlist to get early access and be the first to find out how you can create, buy, sell, and earn.