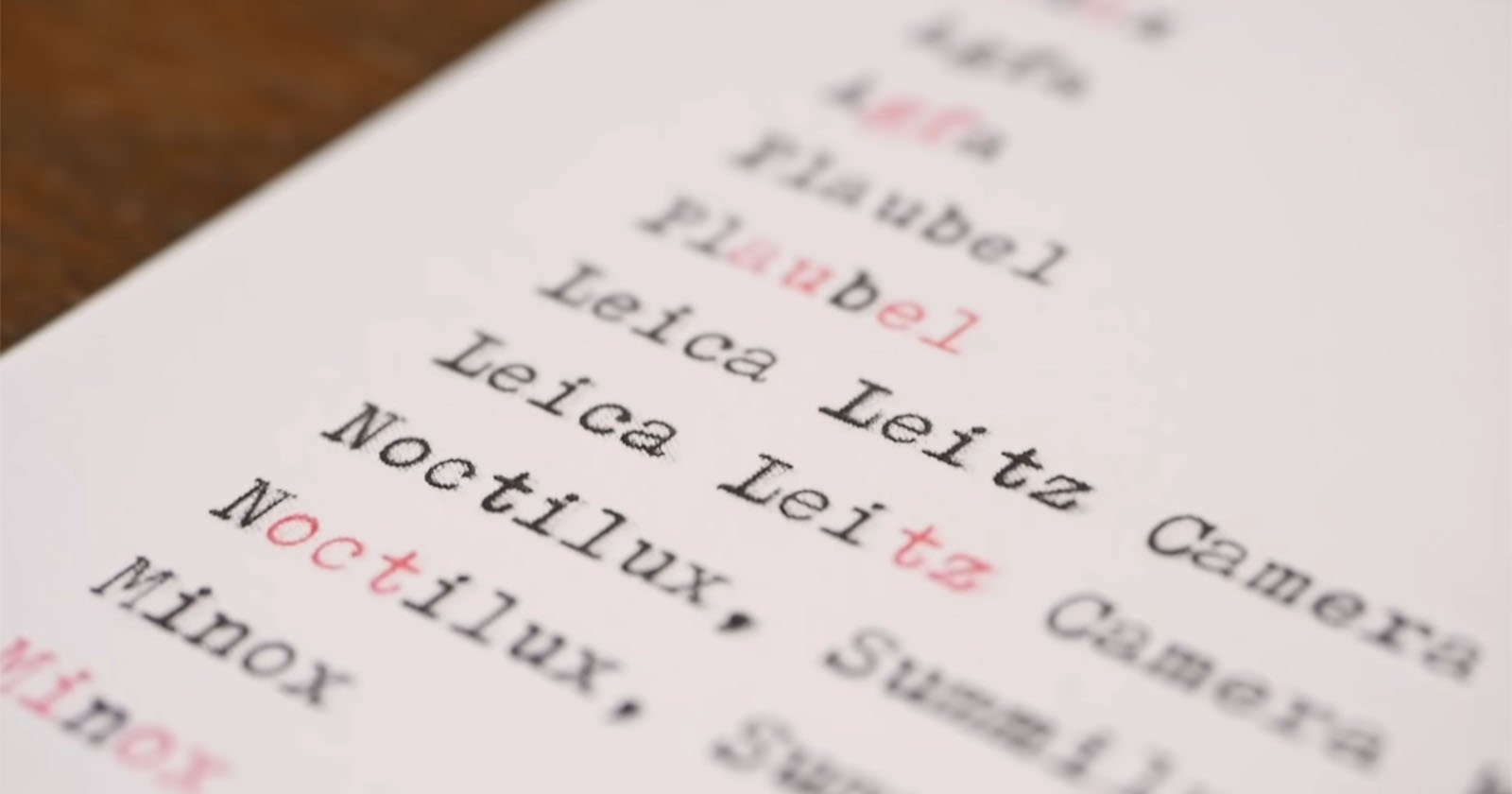 Germany has a long history of producing some of the best cameras and lenses ever to appear in the history of photography, but German brand names can be a bit tricky to pronounce. In this 8.5-minute video, photographer Maximilian Heinrich of Analog Insights shares the native German speaker’s pronunciation of some well-known brands.

Heinrich says that his channel recently received a comment from a German speaker who wasn’t happy that a video had used English pronunciations of certain brand names.

“Why do you pronounce German lens names with [a] wrong English pronunciation? Summilux, Biogon, that is ridiculous,” the commenter wrote. “The fact that this channel is in English is no reason at all to pronounce names incorrectly. On the contrary, you would do your English-speaking viewers a much better service if you, as a German native speaker, would pronounce historical lens names correctly instead of confirming their wrong pronunciation.”

Heinrich decided to respond to the critique by making this new pronunciation video.

“While this kind of comment hurts me quite a bit as a sensitive person and while it was also not phrased in a particularly nice way, I do believe it would be interesting to hear how Schneider Kreuznach and all the other German lens names and pronunciations that you hear out there are actually pronounced,” he says.

Using a Litton Royal 202 Typewriter, Heinrich then steps through the following brand names, sharing the German way to say them as well as some interesting pointers on certain things that often trip people up:

Keep in mind, though, that there are plenty of camera terms out there that are commonly pronounced in a variety of ways (e.g. ‘Nikon‘ and ‘bokeh‘), especially when words or names cross international borders. And for some words (like “Nikon”), the official stance is that “all regional pronunciations around the world are equally correct.”

(via Analog Insights via The Online Photographer)