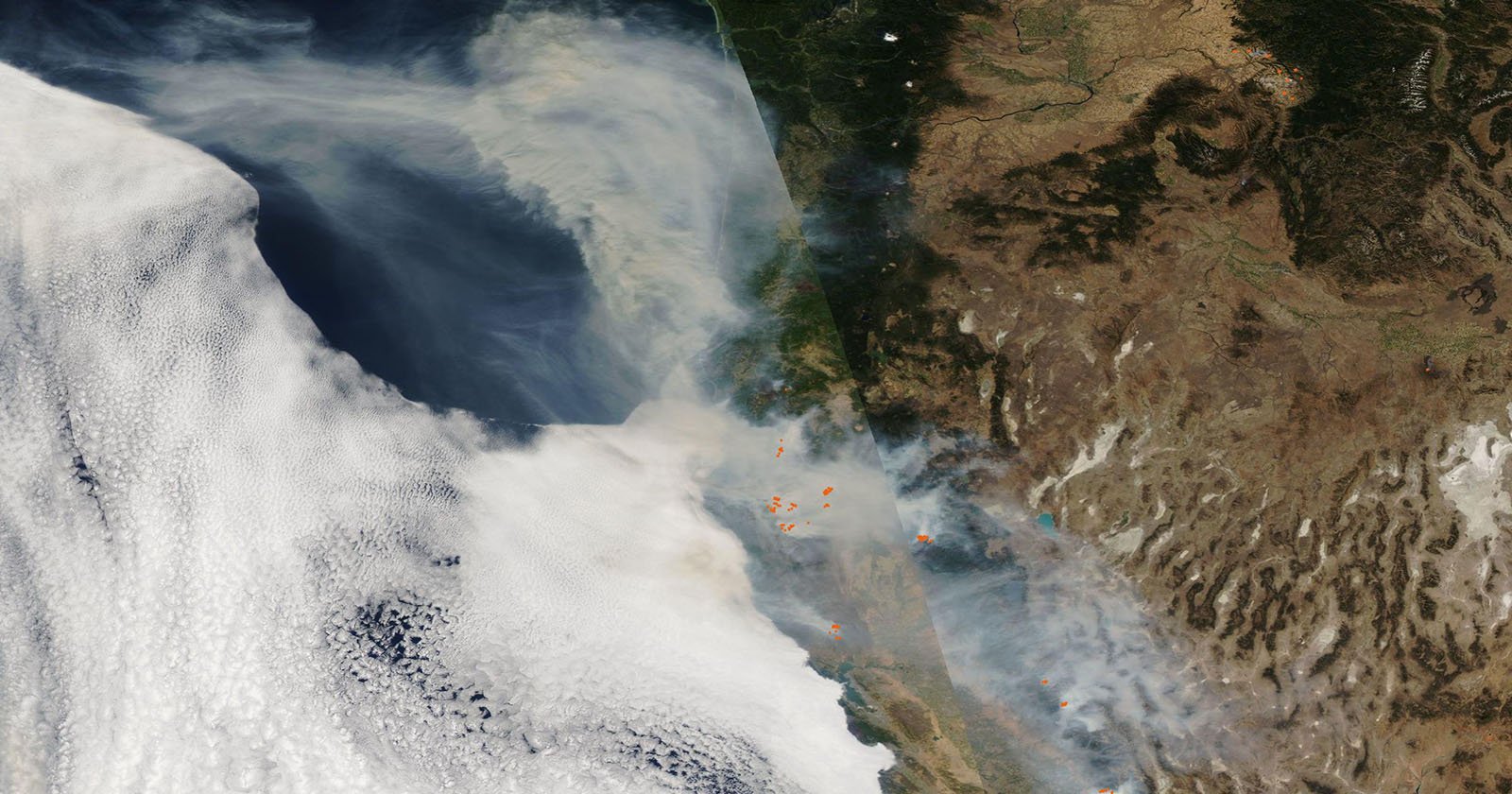 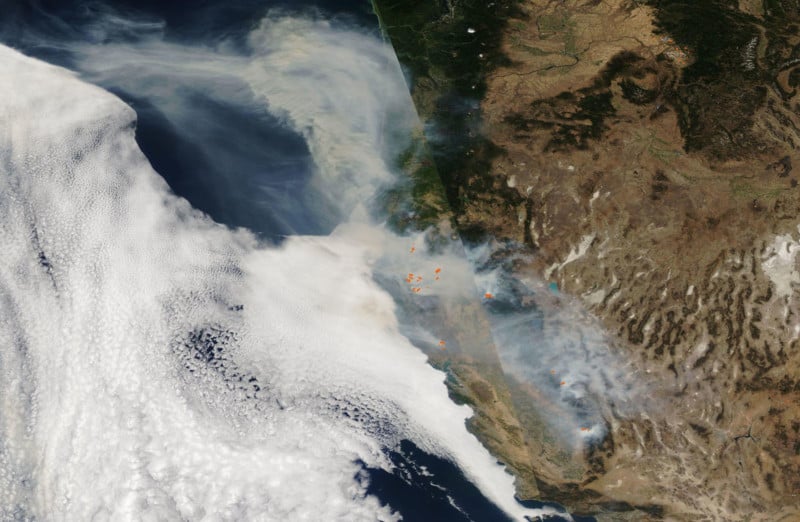 Here’s an eye-opening satellite photo captured by NASA showing the wildfires and smoke “dominating” the landscape of the western United States.

NASA’s Aqua captured the visible (left) and infrared (right) images on September 29th. The visible imagery shows the widespread smoke blanketing much of California, while the infrared imagery shows heat from the wildfires as orange points.

“NASA’s satellite instruments are often the first to detect wildfires burning in remote regions, and the locations of new fires are sent directly to land managers worldwide within hours of the satellite overpass,” NASA writes. “Together, NASA instruments detect actively burning fires, track the transport of smoke from fires, provide information for fire management, and map the extent of changes to ecosystems, based on the extent and severity of burn scars.”