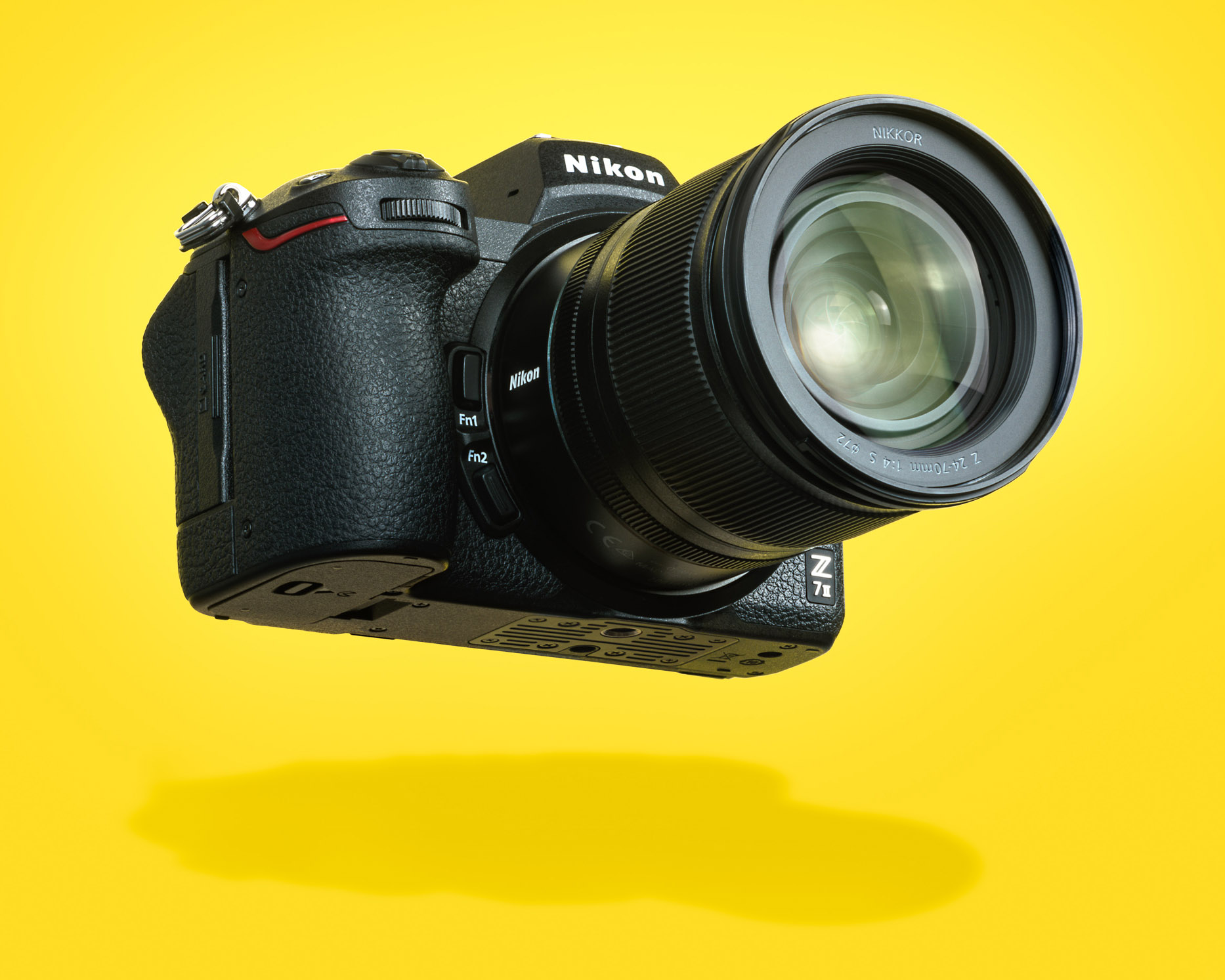 Nikon is going all-in on mirrorless. Since 2019, they’ve released 13 mirrorless lenses and four Z-series cameras, compared to just two DSLRs and one F-mount lens. And, of all the Nikon mirrorless cameras so far, the Nikon Z7 II stands at the top of the pack. 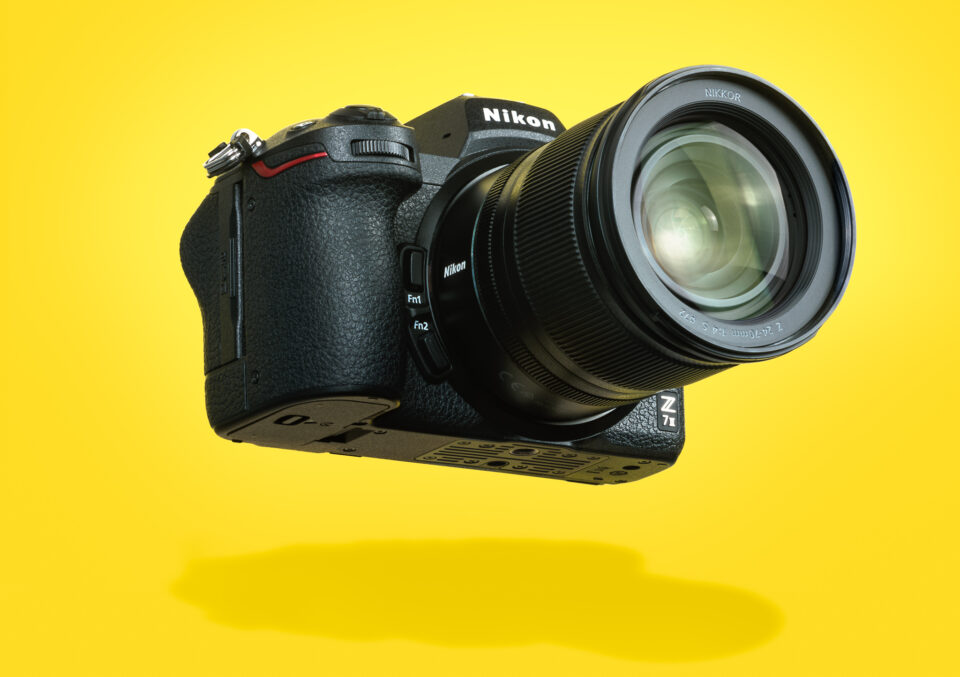 Announced in October of 2020, the Z7 II is Nikon’s high-megapixel successor to the first-generation Z7. It sports a 45 megapixel sensor and a base ISO of 64 for high levels of detail and dynamic range. At $3000 body only or $3600 kitted with the 24-70mm f/4, it’s not a cheap camera. However, the prior Z7 sold for $3400 body only when it was first released, so Nikon has managed to lower the price somewhat in response to the competition.

Speaking of, the Z7 II’s competition is fierce and multi-sided. It seems that every camera company these days is pouring its attention in the direction of mirrorless, with the exception of Pentax. Whether you look at Canon, Sony, Panasonic, Fuji, or Olympus, you can find cameras aimed at the same photographers that the Z7 II is hoping to target.

This puts Nikon in a bit of a tricky situation. Although they have done a good job filling out the Z system with lenses, teleconverters, and other accessories, they haven’t been at this game as long as some of the others. While Nikon has a total of 16 lenses for the Z system at the time of this review (plus two teleconverters), companies like Fuji, Olympus, and Sony have much larger lineups. It is possible to mitigate this disadvantage somewhat by adapting lenses to the Z system – whether through Nikon’s own FTZ adapter or various third-party options – but the same can be said of any camera brand out there. The fact is that Nikon is still playing catch-up at the moment, even though the Z system is growing steadily.

As a result, there’s a lot of pressure on the Nikon Z7 II to perform well, since it is currently the company’s highest-end mirrorless camera. Although Nikon has announced an upcoming Z9 to sit at the top of their mirrorless lineup, it was merely a development announcement, and few details are known about the camera’s specifications or release date yet. For now, the Z7 II has to be the camera to convince current and potential Z-system users that Nikon takes high-end mirrorless seriously.

That’s what we cover in this review. How does the Nikon Z7 II perform compared to its rivals? Further, is it a meaningful upgrade over the prior generation Z7, which is now selling at a major discount?

Our extensive field and lab tests answer those questions.

Let’s start by taking a look at the Nikon Z7 II’s key specifications. Throughout this review, we’ll compare these specs side by side against the Z7 II’s main competitors.

What’s Changed from the Z7?

The specifications above describe a pro-level camera geared toward high resolution photography. But that description also applies to the Z7 II’s predecessor, the original Z7. To show you exactly what areas Nikon has changed and improved, we’ve made a table that compares the features of the Z7 versus the Z7 II:

As you can see, there are plenty of similarities between the Z7 and Z7 II, although the newer camera is a definite improvement overall. While some of the major specifications have remained the same, such as the 45-megapixel sensor, other areas – like processing speed and video features – clearly lean in the Z7 II’s favor.

One improvement that we are especially happy to see is the addition of a second memory card slot to the Z7 II. The original Z6 and Z7 only took a single card (XQD, though also compatible with CF Express), while the Z7 II has a second slot meant for SD cards. We plan to use the SD card slot as a backup rather than overflow, but both options are available in the Z7 II’s menu.

As for the other improvements on the Z7 II, some of them may seem small individually, but they add up. For example, the Z7 II’s jump from 9 FPS to 10 FPS shooting isn’t much on its own, but combined with the bigger buffer (77 rather than 23 lossless 12-bit RAW images), it makes the Z7 II a significantly better camera for action photography than its predecessor.

Video shooters will be pleased to see that the Z7 II can now shoot 4K video at 60 frames per second rather than 30. This allows for slow-motion recording without switching to 1080p and losing much of your resolution. The Z7 II adds some other useful video features as well: Eye AF, a longer video battery life, and HLG / HDR output via the HDMI port. The prior Z7 was already an excellent camera for video work (and is even the primary filming camera for our YouTube channel) but the Z7 II has really bumped things up a notch.

The Z7 II’s other improvements are also welcome sights, such as the extended shutter speeds in manual mode, improved timelapse settings, and compatibility with a “real” battery grip that has vertical controls (unlike the largely useless MB-N10 for the Nikon Z7). The Z7 II also adds one of the biggest features that we were hoping to see: an option for a clutter-free display when shooting in live view.

Although some of the Z7 II’s changes are the standard “bump the numbers” upgrades (such as the FPS boost), it’s also clear that Nikon listened to customer feedback extensively when designing the Z7 II. Nikon could have taken the already very good Z7 and given us a meaningless boost in megapixels, but they instead focused on fixes that actually improve the usability of this camera. It’s even possible that such a decision will lead to fewer sales than trying to win the megapixel wars, but it’s a better outcome for photographers at the end of the day.