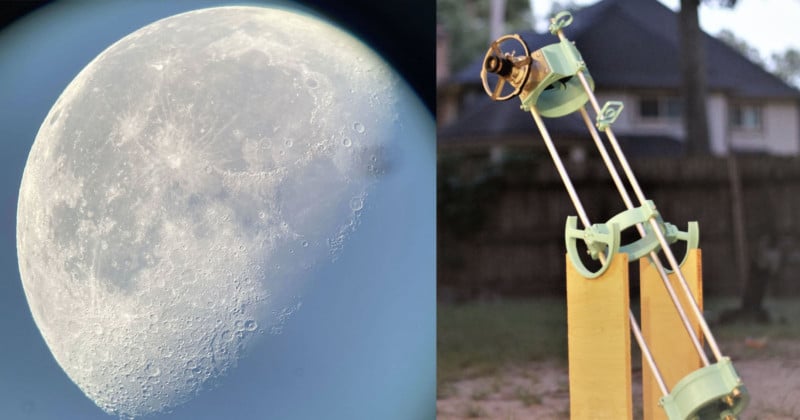 A photographer has used his 3D printer to create an impressive 900mm reflector telescope that is so simple to put together that “it’s like assembling furniture from IKEA.”

The design, which Jonathan Kissner refers to as “Hadley,” has a 114/900mm reflector with a spherical primary mirror housed in mostly 3D-printed parts.

Kissner also says that his Hadley telescope can do double duty as a terrestrial scope for watching wildlife and even as a slow f/8 zoom lens for photography. 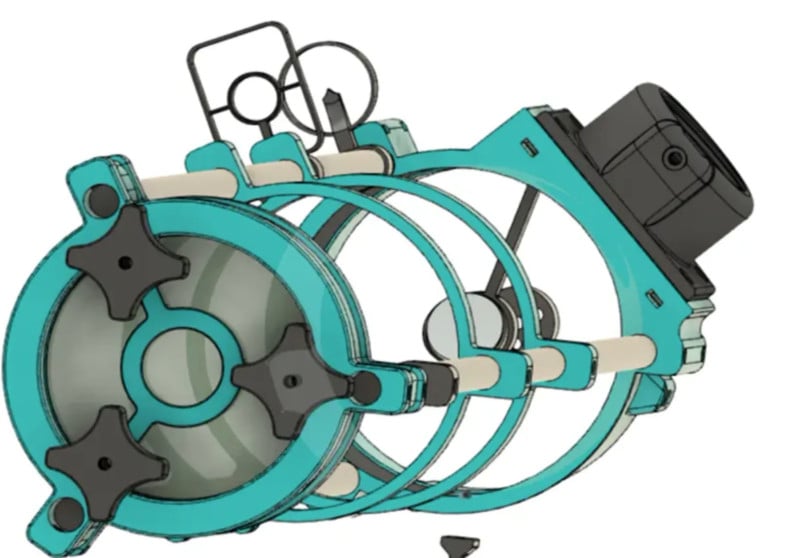 Shooting Photos Through the DIY Telescope

Kissner takes images through the telescope with a Google Pixel 4a mobile phone. To combat the atmospheric turbulence that wreaks havoc on long-exposure images, he opted to shoot a video at 60 frames per second.

“Any given frame was worse than what we’d see at the eyepiece,” Kissner tells PetaPixel. “Our brain does a lot of work making sense from a noisy image, and compositing on the fly. This process, called ‘lucky imaging,’ can produce results far beyond what the eye sees, but this needs better data.

“Eventually, I’ll be using an astrocam with the 3D-printed telescopes, but one step at a time.”

Once saved, Kissner imports the videos he captures into an app called the Planetary Imaging PreProcessor (PPIP) and then aligns them with another called Registax. Both are freeware available online. Then, after some more image processing using GIMP, and he ends up with a usable image that is worthy of sharing online. 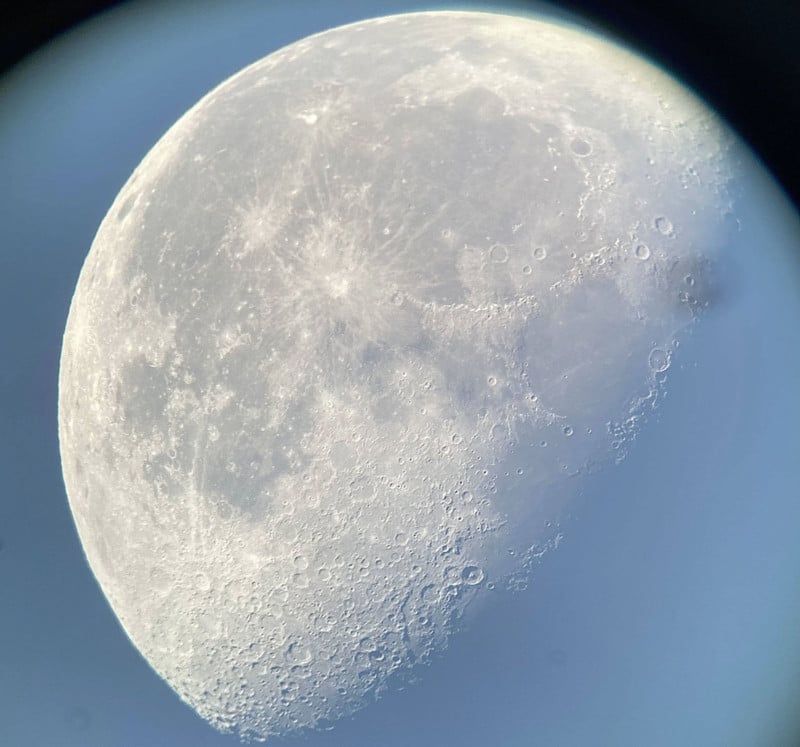 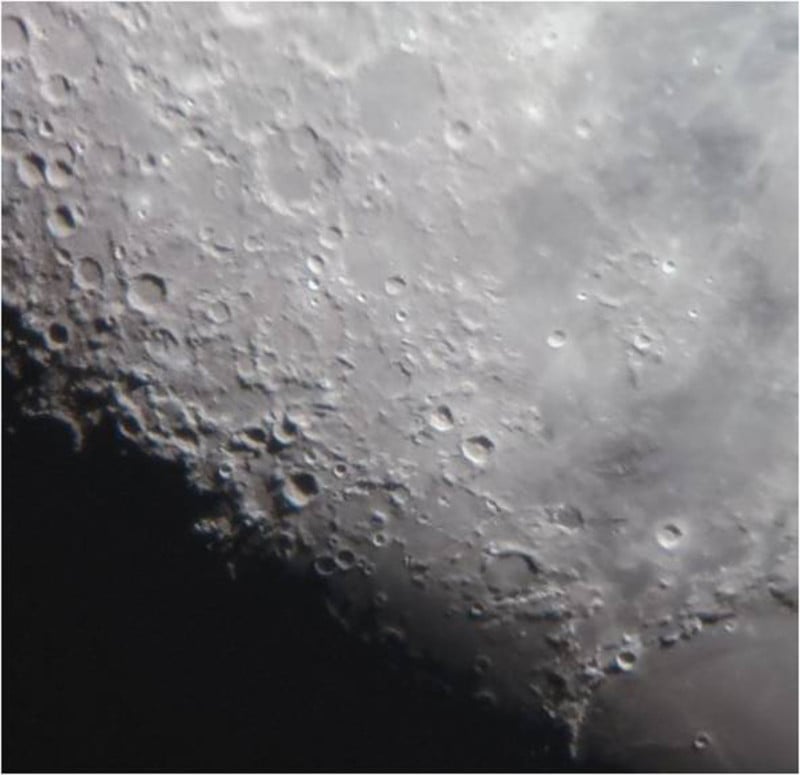 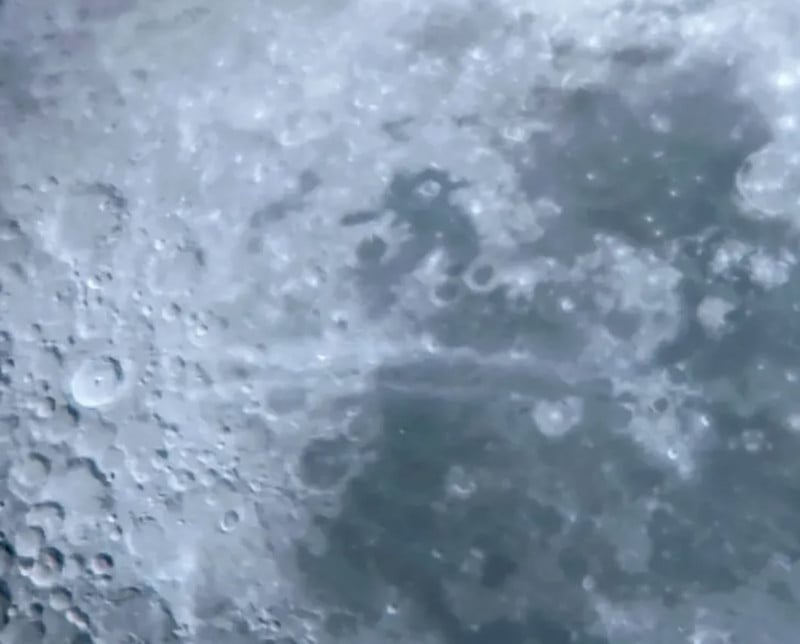 Kissner hopes to have a camera attachment designed for future use. He also has another telescope design on his site as well as a focuser and a Newtonian mirror cell for a reflector telescope. 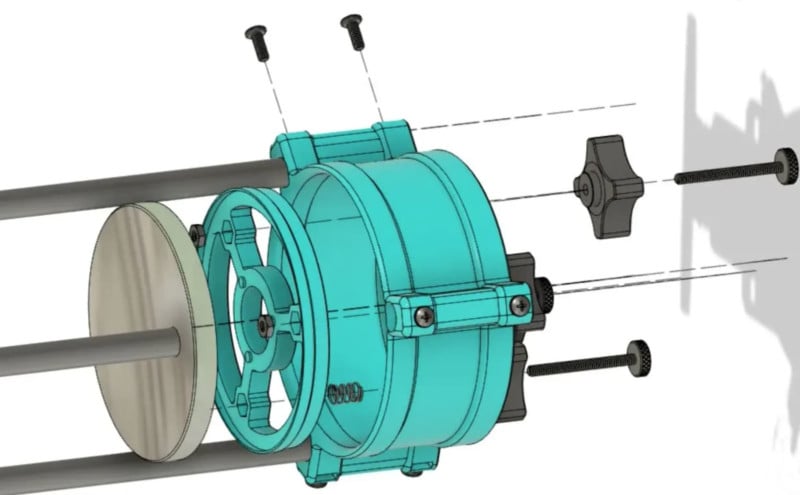 Kissner decided to create his DIY telescope due to the plethora of what he calls “hobby killer” scopes in the $100 to $200 range, that are difficult to use with shoddy parts.

“It is my hope that by releasing this, more people will find an open door to planetary observation and entry-level astrophotography,” wrote Kissner on his Printables build log.

Hadley is actually his second attempt at 3D printing a workable telescope. His first one was more of a pathfinder to refine his design. That scope was much larger, being a 152/1300mm large red reflector telescope that Kissner admits was very hard to build. However, with the lessons learned in that design, he was able to create a universal design that was both accessible and practical, while being easy to replicate. 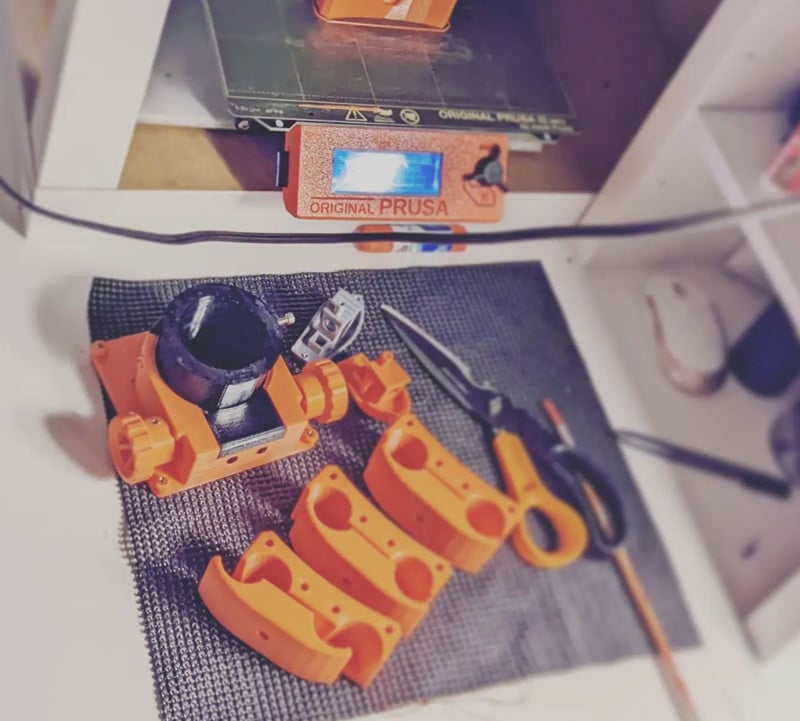 The basic design is centered around parts that are printed on a standard FDM 3D printer. Each model has been positioned in its strongest orientation and without the need for wasteful supports which can add time and cost to the prints. There are a total of 27 different parts to 3D print. The design also uses one kind of screw (in varying lengths) and nuts to keep things simple, and according to Kissner, either metric or imperial works.

The biggest challenge for Kissner was the mirror itself. A traditional parabolic mirror found in large telescope arrays would have been prohibitively expensive for a telescope this size. But Kissner found that with the focal length he was going for and its ratios, a spherical mirror was a more cost-effective stand-in. Kissner also discovered in his research that many commercial-built scopes make a similar compromise. 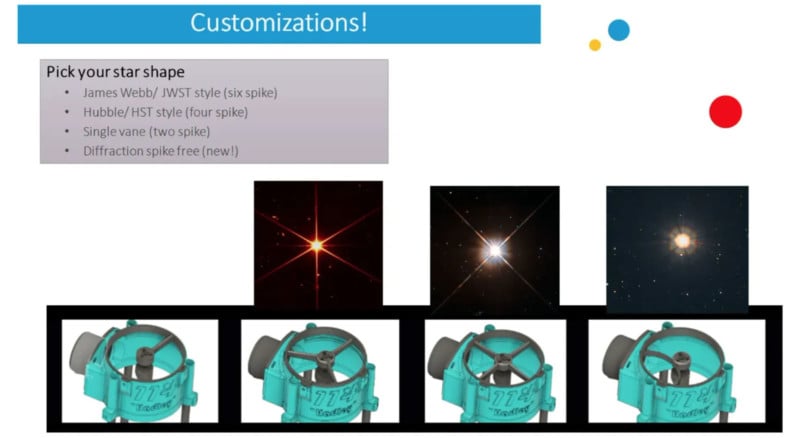 Kissner was able to find mirror sets for a 114/900mm spherical primary and elliptical secondary pair on eBay or AliExpress for about $20, although he said that this is prone to fluctuation. There is also a listing for a similar mirror set on Amazon. Add to that the $100 in printing materials and other parts, plus a good set of eyepieces for $50, and you have a pretty effective telescope for under $200.

A complete list of parts and plans for building the telescope are available on Printables.