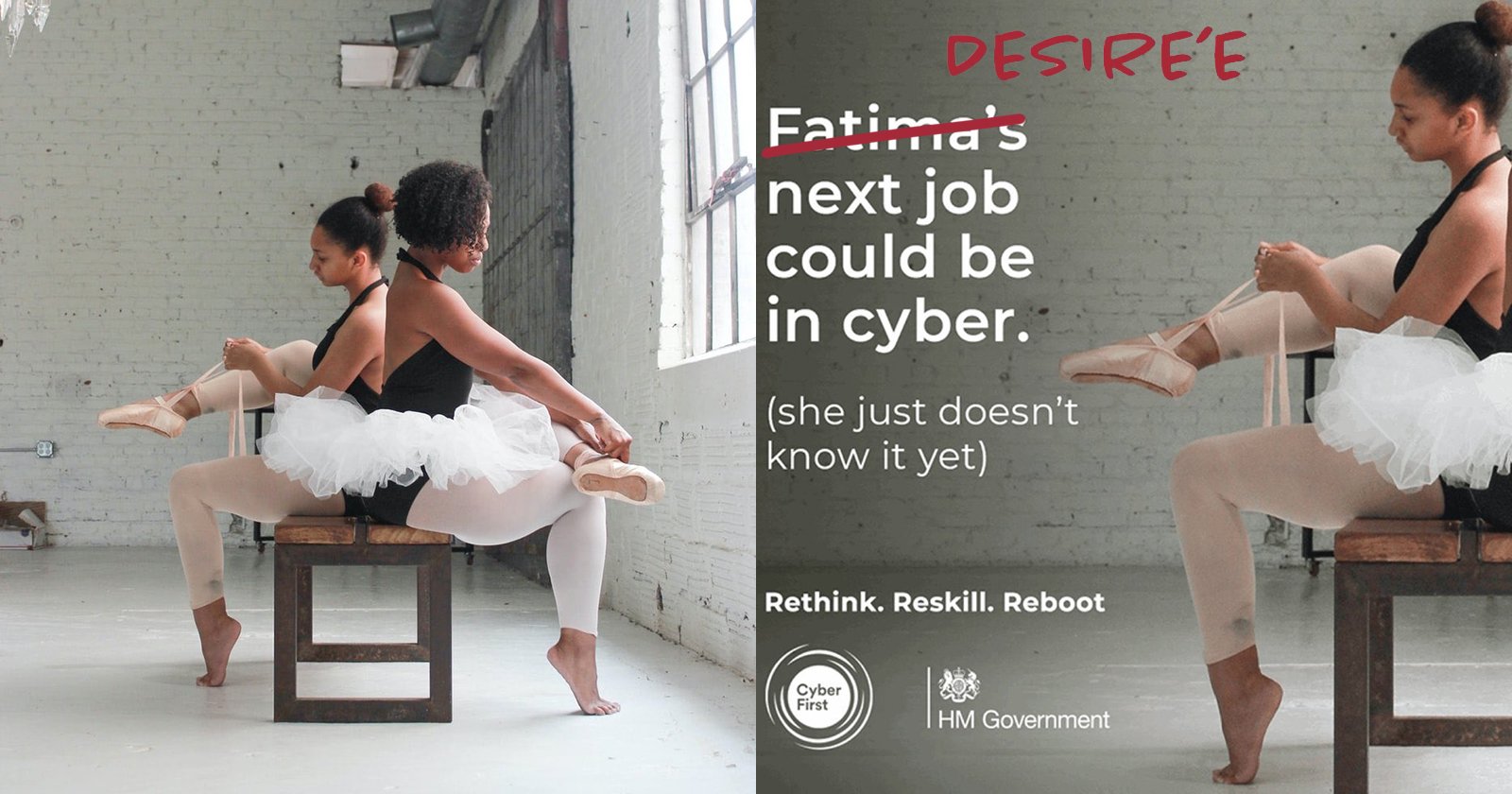 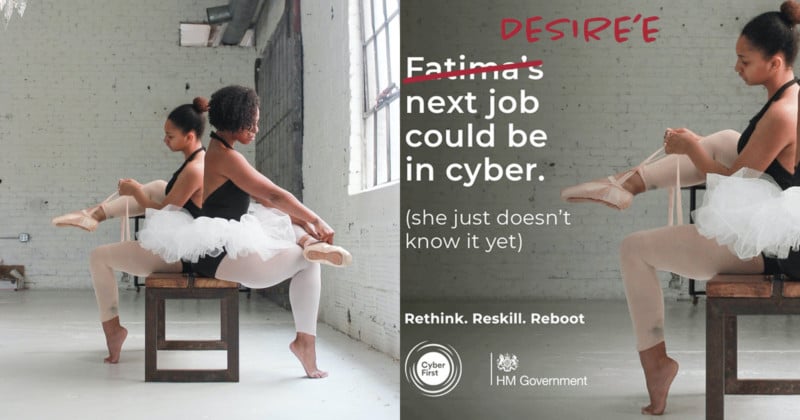 Atlanta photographer Krys Alex is speaking out after a portrait she took and posted to Unsplash was used in a controversial UK ad campaign. The government campaign has been widely criticized for discouraging and devaluing artists, and Alex says she’s “devastated” that her photo was at its core.

First, some context. The ‘Cyber First’ ad in question—tagline “Rething. Reskill. Reboot”—is part of a UK Government campaign that encourages people to consider retraining and starting a new career “in cyber.” So far, no harm done. However, the campaign drew a firestorm of criticism after one of the ads—a photo of a young dancer they named “Fatima”—went viral on Twitter on October 12th.

It was first brought to light by Sir Matthew Bourne, the celebrated British choreographer, who shared the ad in a Tweet alongside the caption “This has to be a joke? Right?”

This has to be a joke? Right? pic.twitter.com/hVpxOhkvf7

Later, it was discovered that the photo had been pulled from the royalty free photo sharing website Unsplash and cropped. The original image was captured by Alex for the Atlanta dance studio Vibez in Motion, and it shows a young dancer Desire’e (not Fatima) sitting next to Tasha Williams, the owner and director of the studio.

You can see the original photo below: Which, finally, brings us up to the present day, and Alex’ statement on the matter. In a video produced by FLIdP and posted to YouTube Alex denounced the ad campaign, shared Desire’e’s story, and explained that she would never have agreed to let her photo be used in such a campaign.

“I was shocked. I woke up Monday morning to a bunch of emails and tags, and I really felt devastated,” says Alex. “I immediately thought of Desire’e and how her face was just plastered all over social media and the internet, different news articles, and memes were created, and she had no clue. All of that really hurt me.”

You can watch her full statement in the video below:

But while Alex mentions that “we”—meaning her and Vibez in Motion—are both “consulting with different professionals” about their legal options and how they can protect their rights in this matter, she doesn’t comment on a core piece of the issue: the fact that the photo was posted to Unsplash.

It is great to hear about the origin of the image, but unfortunately as soon as it was published on Unsplash, you lost any control over how and when it was used. Photographers, please do not use Unsplash, it values your work at zero and undermines the value of all photography.

As for the dance studio, they posted the video alongside a comment thanking Alex for speaking out about the issue. There is no mention of legal action in their post:

Since the controversy broke, the powers that be in the United Kingdom have pulled the ad and admitted that it was in poor taste. The UK Culture Secretary has called it “crass,” and a spokesperson for Number 10 Downing Street said the add was “not appropriate,” according to Ciaran Jenkins of Channel 4 News.

For photographers though, the conversation isn’t quite over. What happened here—a young girl having her image used in a viral ad campaign she would not have approved of—is one of the biggest unresolved issues with Royalty Free photo sharing sites like Unsplash. The site allows any person to submit any image, whether or not they have acquired the proper releases and other legal documentation. As a result, many images with clearly identifiable subjects are posted to Unsplash without model releases, property releases, or permission from the model or property owner.

This leaves the photographer holding the bag if and when a controversial incident takes place. And while it doesn’t seem the Vibez in Motion has any intention of taking legal action against Alex—for all we know, their agreement may include a signed model and property release—the danger for photographers who choose to share images like this one on Unsplash is very real.