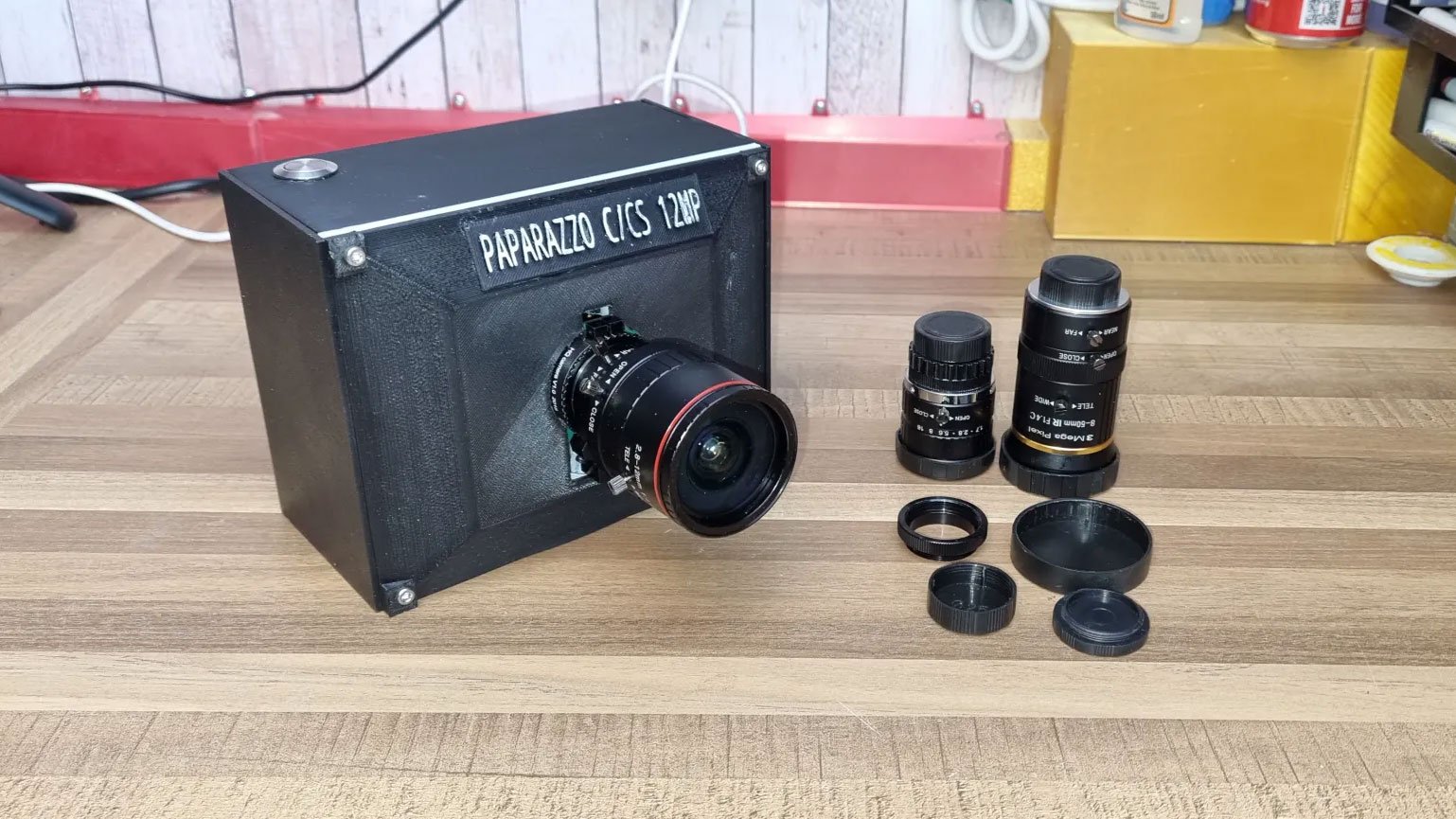 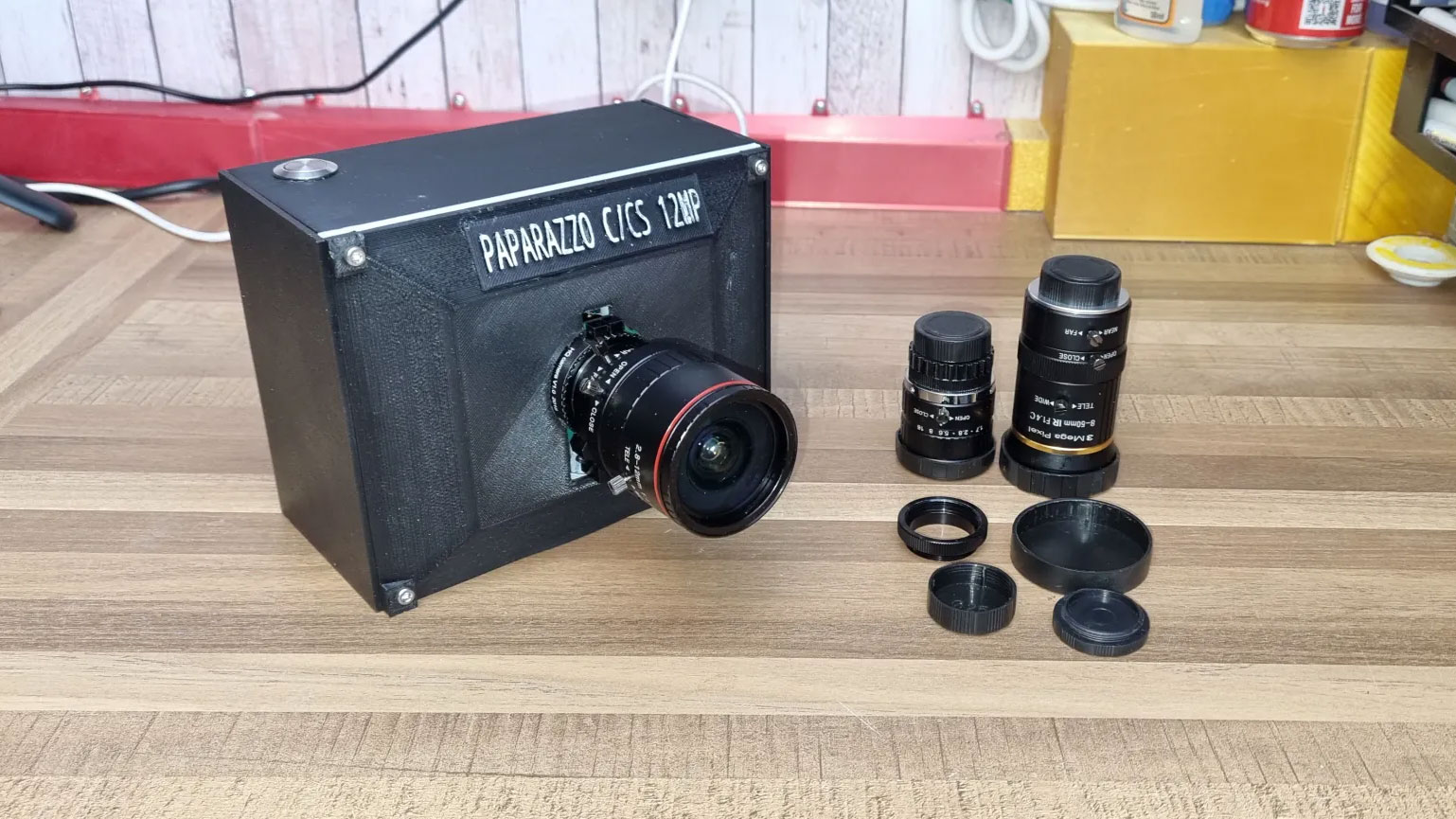 I knew we’d eventually start to see some custom “portable” cameras being made based off the Raspberry Pi HQ camera after they announced it in early 2020. Have to be honest, didn’t think it’d take this long but here we are. Created by Billy O’Sullivan, the Paparazzo C/CS is a 12-megapixel C/CS mount interchangeable lens camera based around exactly that camera module and the Raspberry Pi 4.

As mentioned, it offers a 12-megapixel resolution – because that’s the resolution of the Pi HQ camera – with all of the features you typically get with the Pi HQ camera on the Raspberry Pi 4, although it’s essentially just a point-and-shoot based on the software. It sports a big LCD on the back, with a menu-driven interface and minimal button layout.

It features a 4,000mAh internal battery along with a RPi UPS Pack for powering it away from plug sockets and it just charges up from USB when you’re near power. He doesn’t say how long it lasts, but given that the Pi 4 typically tends to draw around at least an amp on its own, before taking the camera and LCD into account, I think we might be able to expect at least a couple of hours use between charges.

Sure, it’s not going to replace your Sony A1 or Nikon Z9 but for a portable camera that you can programme to operate exactly the way you want it to operate, with built-in WiFi and Bluetooth? Well, it’s a Pi. So, you could throw a 4G module in there or have it hotspot into your phone and you even have it automatically upload files to the web or an FTP server as soon as you’ve hit the shutter button.

As one might expect, and as you can see from the photos, the main body of the Paparazzo is 3D printed and Billy has made all of the 3D printable files available to download on Printables. You can also find the complete parts list, Python script, settings and other information available to download from GitHub.

It’s not exactly the most ergonomic looking of cameras, but given that its enclosure is all 3D printed, you can always tweak things and redesign it to be a little curvier. But, it looks like a fun little project build with a lot of potential options for things like remote streaming and monitoring – thanks to the connected nature of the Pi.