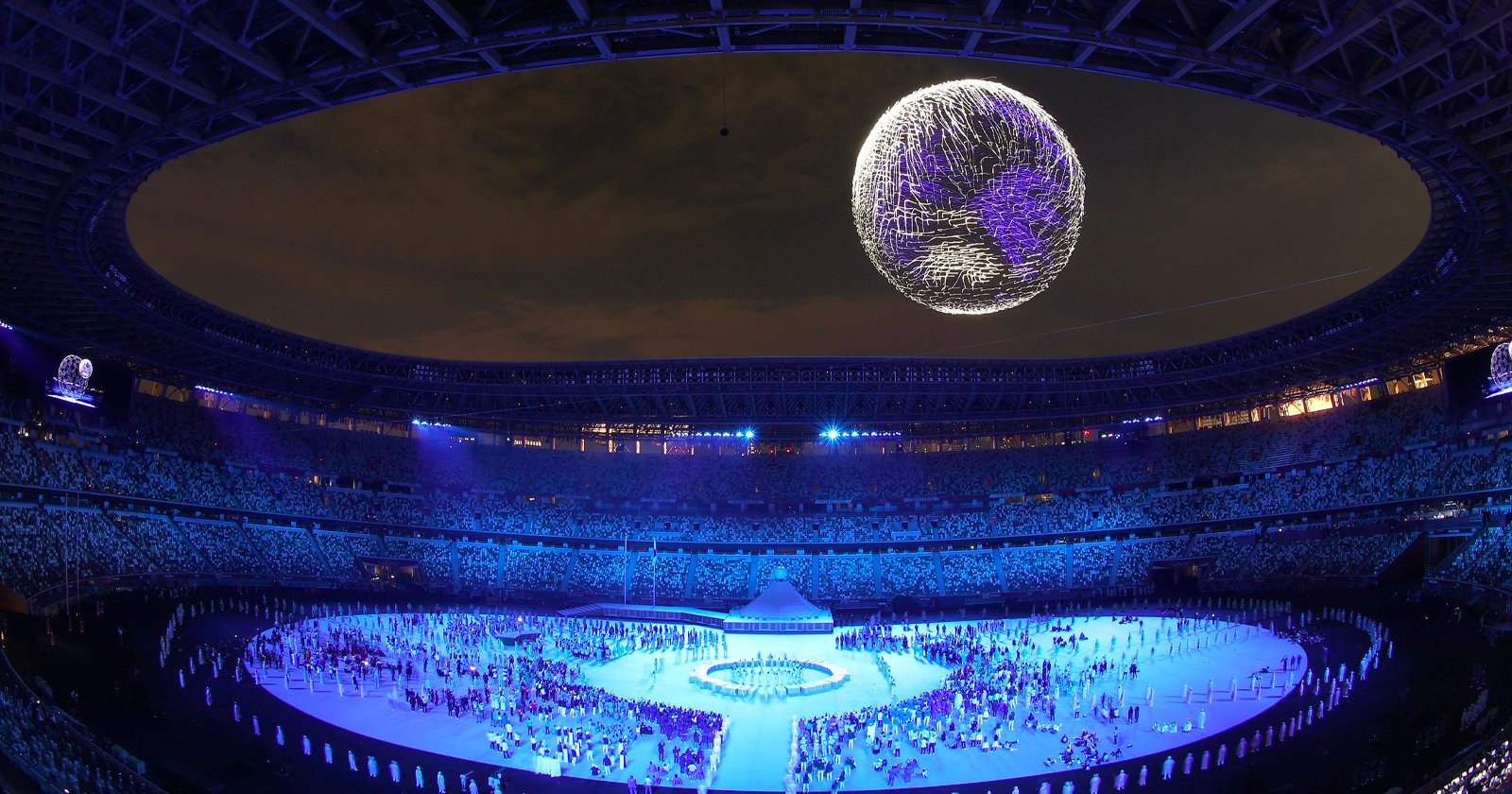 The Tokyo Olympics are officially underway after the opening ceremonies were held in a largely empty stadium. But the restrictions that have been put in place due to the pandemic didn’t stop the ceremony from presenting a particularly impressive aerial drone display.

The impressive drone show took place towards the end of the ceremony and made use of a giant swarm of 1,824 drones which came together to form a spectacular recreation of the Earth.

“A sight was never before seen, a feat of technology and beauty. A celestial body hovering over Tokyo. In a moment and a vision for the world,” NBC’s Savannah Guthrie narrated on the broadcast during the display, as reported by CBS.

1,824 drones light up the sky above the Olympic Stadium as the #Tokyo2020 emblem seamlessly becomes a revolving globe. 😍🌏#StrongerTogether #OpeningCeremony pic.twitter.com/mcGteqdJ7n

The show has been widely praised on social media as particularly impressive.

Another view of a giant rotating Earth made of over 1800 drones above #Olympic Stadium at #Tokyo2020 #OpeningCeremony Spectacular! pic.twitter.com/YEhxWDdctd

Drones form a shape of the world during the #Tokyo2020 #OpeningCeremony, seen above the Olympic Stadium https://t.co/UMVAy6qKY2 pic.twitter.com/pYbk2n3BT7

WOW – what a stunning drone show!

We first saw these at PyeongChang 2018, but this was next level 🔥#BBCOlympics #Tokyo2020 pic.twitter.com/AqDmfTIyWa

The drone display was programmed by intel, who also brought similar technology and spectacle to the 2018 Winter Olympics as noted by DroneDJ.

While some competitions have already been underway, the official opening ceremonies took place on Friday night in Japan and included an array of performances from famous singers including Keith Urban and John Legend. The goal of the show was to show the world and its athletes a display of connection, unity, and hope. The drones flew as a backdrop to the song Imagine, which is not the first time it has been performed at the games.

“This song reflects the values the Olympic Games stand for. It is a call for peace and brotherhood, for unity and solidarity,” IOC President Thomas Bach said. “We can only go faster, we can only aim higher, we can only become stronger, if we stand together — in solidarity.”