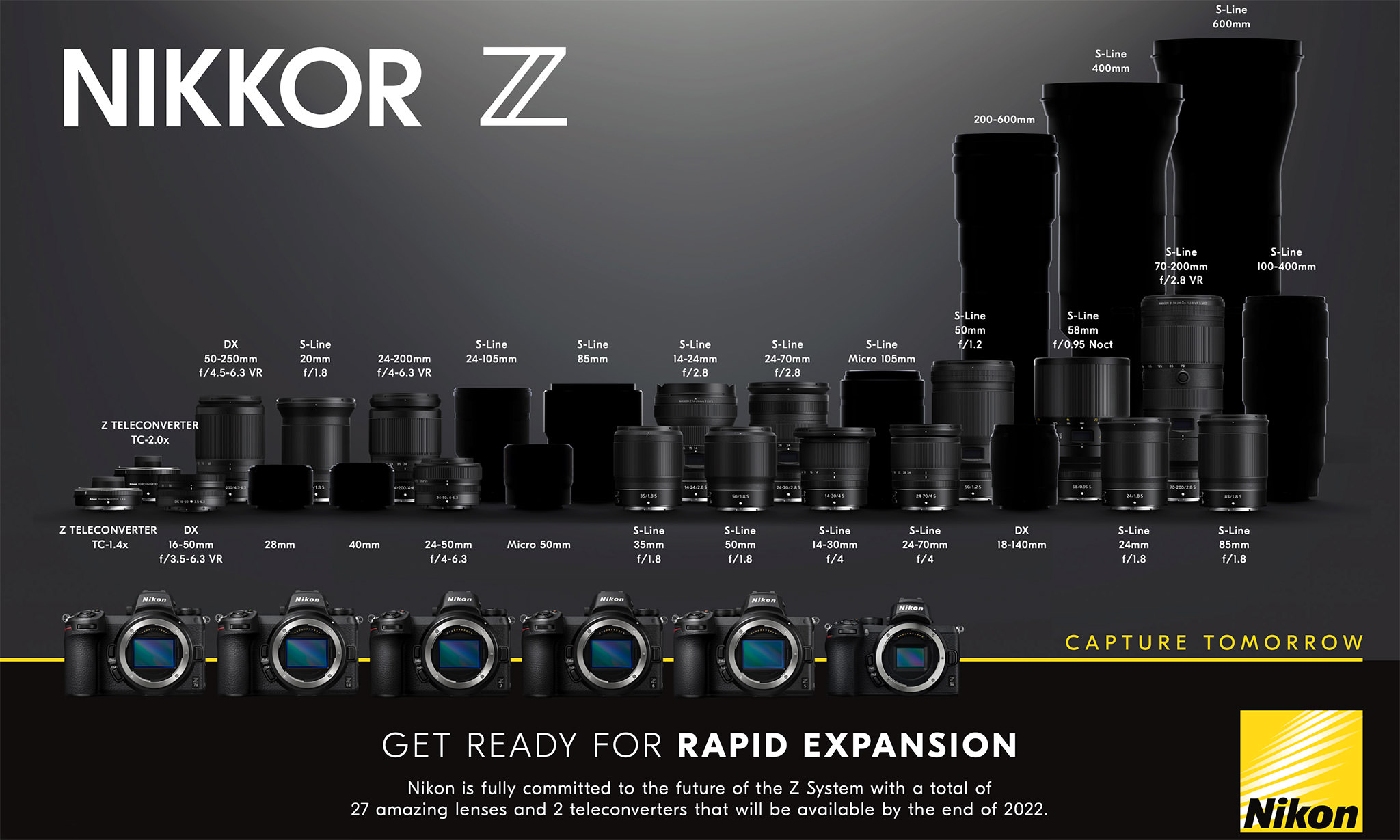 Based on these silhouttes, we can make projections about the upcoming lenses and their maximum apertures. Here is the detailed list:

Although it is great to see Nikon develop so many lenses for the Z mount, there are plenty of gaps in the line-up that many of us Nikon shooters want to see sooner than later. Let’s take a look at the list of lenses that I would like to see in the next roadmap:

Personally, I am staying away from buying the Nikon Z 70-200mm f/2.8 S due to its size and weight. Yes, it is an amazingly sharp lens and currently the sharpest 70-200mm f/2.8 on the market, but for my landscape and travel photography needs, I would rather see an f/4 version.

Other lenses that I would really like to see sooner than later would be a 300mm f/4 PF, 500mm f/5.6 PF and 800mm f/11 PF lenses. I recently had a chance to test Canon’s 800mm f/11 lens. At first, it sounded like a gimmick, but after I used it for a few weeks, I was amazed to see how useful it can be for things like astro and wildlife photography.

What lenses would you like Nikon to release in the next few years? Please let us know in the comments section below!