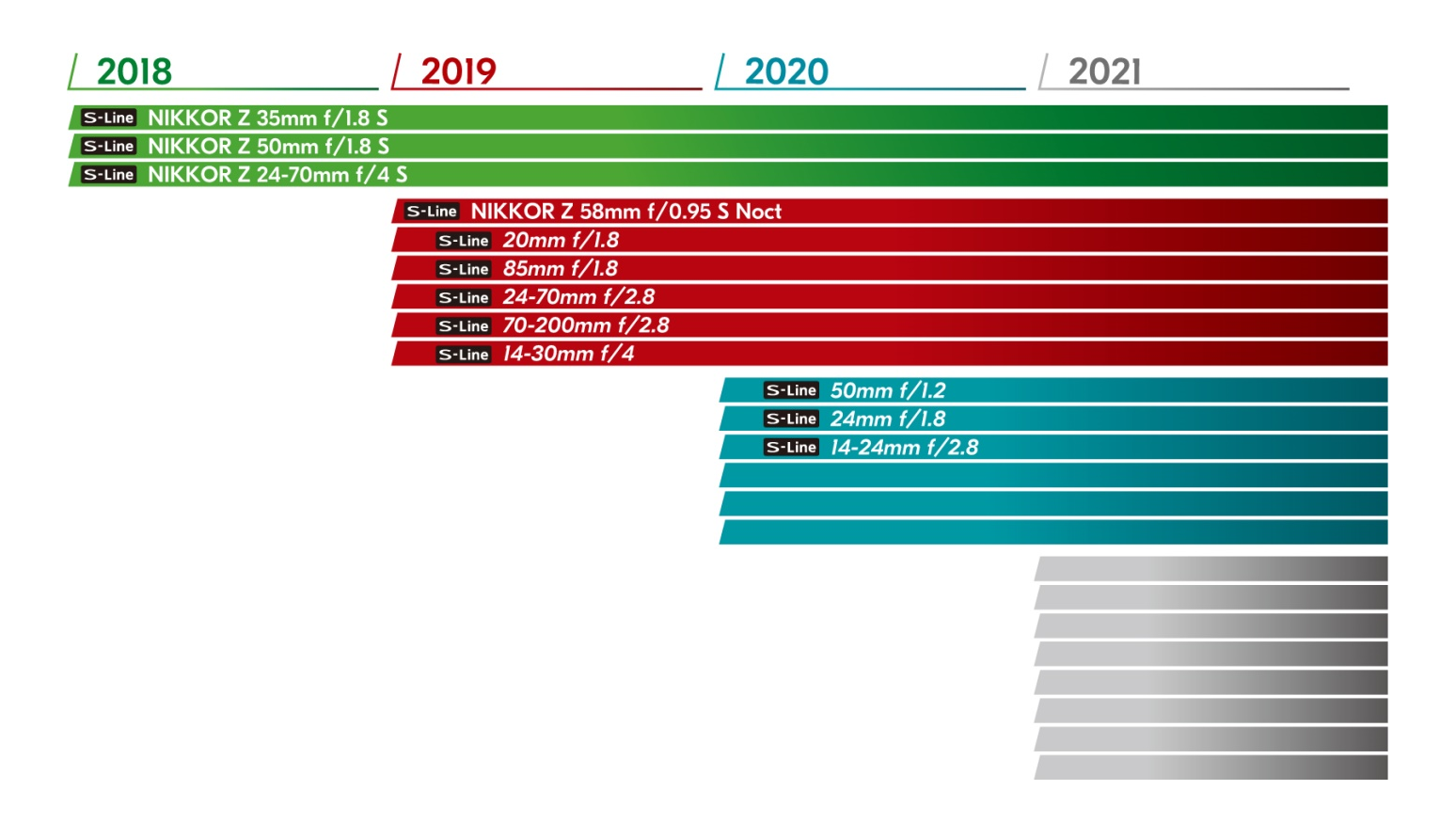 To put things into perspective, here’s the first roadmap announced alongside the early Z-series cameras, with a total of 23 lenses (eleven of which had no identifying information other than a placeholder): 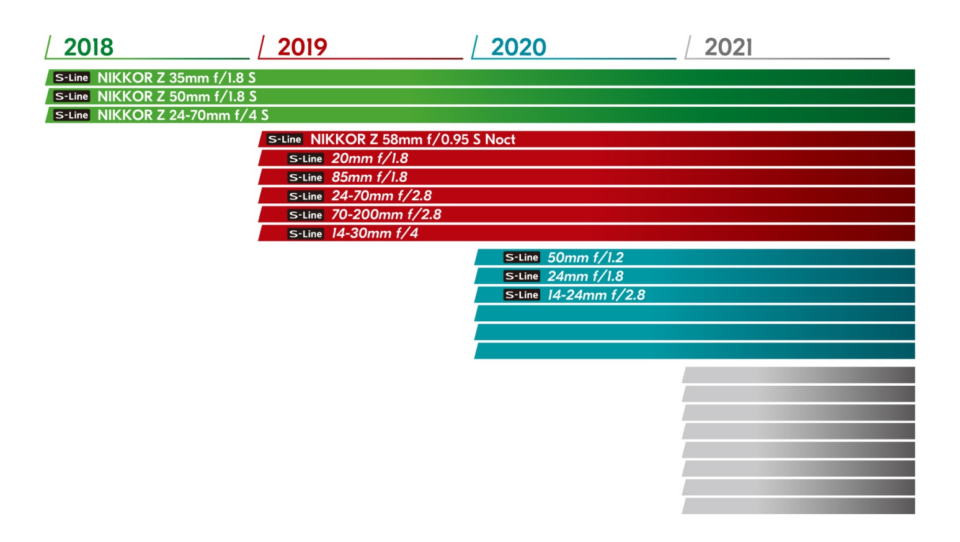 This plan shuffled around a bit (the 70-200mm f/2.8 and 20mm f/1.8 shipping later than planned; the 24mm f/1.8 shipping earlier) but Nikon largely stuck to the script. So far, 20 Nikon Z lenses plus two teleconverters are shipping already, and it looks like Nikon will indeed hit the 23 lens mark by the end of 2021.

Here’s how the most current Nikon Z roadmap looks: 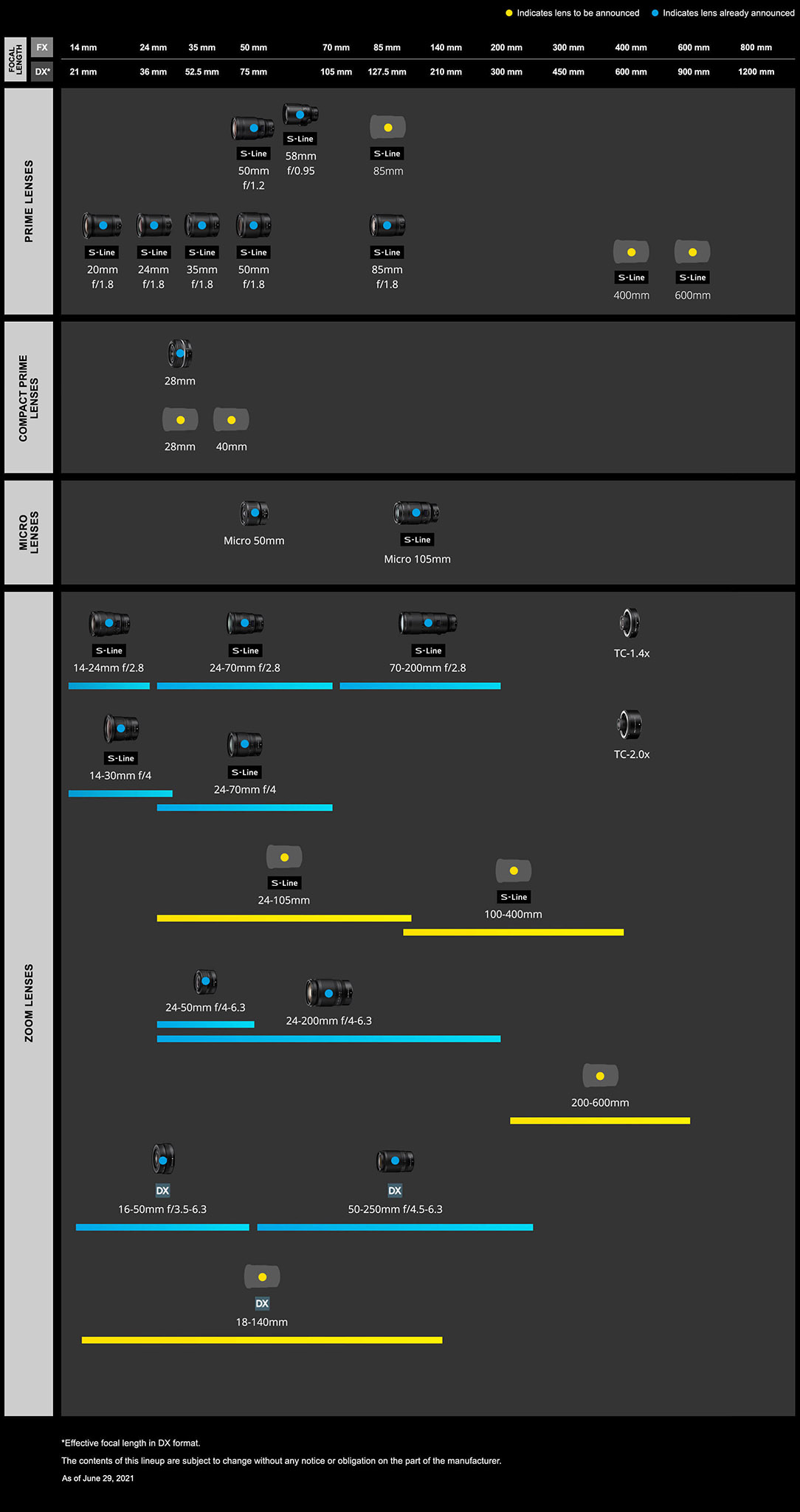 Although the roadmap has changed in appearance since the original version, it’s been about the same for roughly a year at this point. Occasionally, Nikon will release a new development announcement (like for the 18-140mm f/3.5-6.3 DX) and add it to the roadmap. But Nikon hasn’t added a large batch of lenses to the list for a while, and that means we’re filling in the roadmap faster than it’s expanding.

In the image above, Nikon labels the following nine lenses as “to be announced”:

Where do we go from there? Nikon has historically liked to keep its cards close to its chest. When the Z series was originally announced, many photographers were surprised to see a roadmap published alongside at all. It’s quite possible that Nikon will stop maintaining the roadmap now that we’re near the end. It may not be updated at all, or we may only see some development announcements added here and there.

The alternative is that Nikon will take the end of the first-generation roadmap as motivation to create a new version with many more new lenses, just like they did when initially announcing the Z system. Although this probably isn’t as likely to happen, it’s what I think many Nikon faithful are hoping for. One of the most consistently popular articles on Photography Life these past few years has been our analysis of the Nikon Z roadmap. The roadmap is clearly generating interest and anticipation among Nikon shooters – and probably grabbing the attention of some non-Nikon photographers who are considering jumping to the system.

If Nikon does choose to announce another roadmap, these are the lenses I’m hearing requested the most in emails and our comments section (with rough focal lengths and maximum apertures):

The Z system is getting to the point that the basic lens needs are nearly covered. What’s left is for Nikon to fill out some of the few remaining gaps (especially on the telephoto end) and then start working on niche lenses that will attract more specialized photographers to these cameras.

Nikon may not be planning to maintain a detailed roadmap forever, and while I hope they do, the real key hasn’t changed. If Nikon can keep producing high-quality mirrorless lenses at a fast enough pace, the Z system will continue to get more advanced and competitive over time.