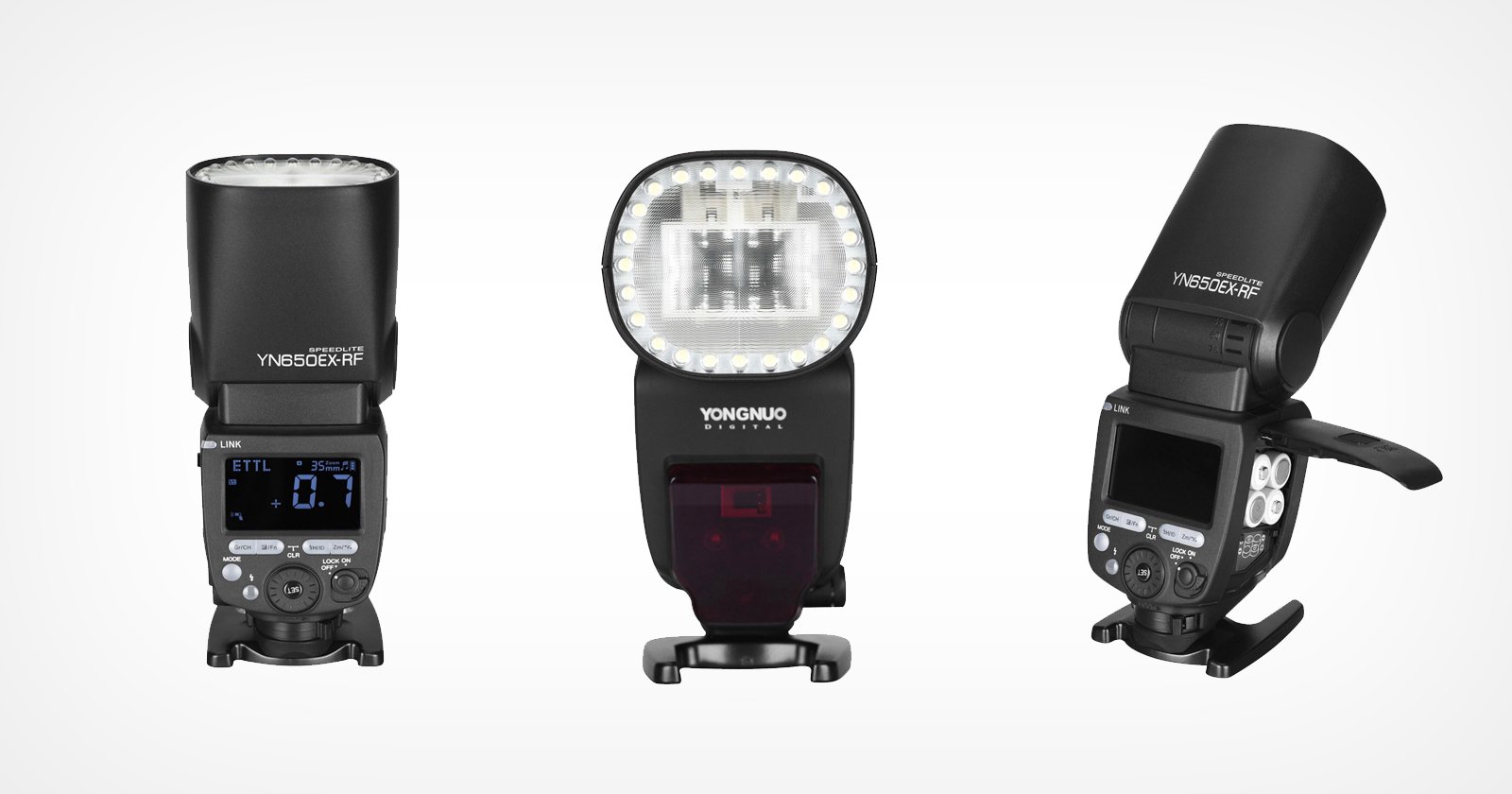 Yongnuo has announced a new flash that includes a built-in ring of LED lights around the main flash unit that can act as a modeling lamp. Called the YN650EX-RF, it is also an unusual ovular shape.

In its official press release, Yongnuo says that the YN650EX-RF is equipped with 24 LED lamp “beads” that it says will add “charming eye light” to photos. The LEDs are also dimmable at 100 different levels, which makes it more than just a simple modeling light but one that is specifically designed to create images on its own.

In addition to the LEDs, the flash itself has an integrated 2.4G radio transceiver that is fully compatible with Yongnuo’s 16-channel RF radio system (either the RF602 or the RF603 trigger signal) and includes TTL, Manual, Multi, or multi-group mixed mode flash options. 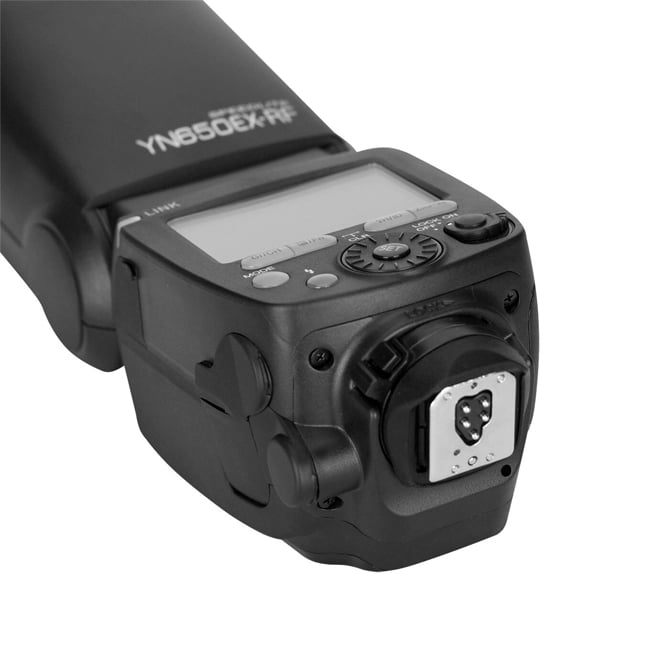 With respect to the TTL functionality, Yongnuo claims it will work with a shutter speed of up to 1/8000 second with Canon E-TTL cameras. It also can fire at maximum power and be fully recycled in about two seconds with a brand new set of batteries, or at most three or four seconds with a used set of batteries.

Yongnuo has not yet released pricing or availability for the YN650EX-RF oval flash, but you can keep an eye on the company’s official Amazon store for when it does appear.